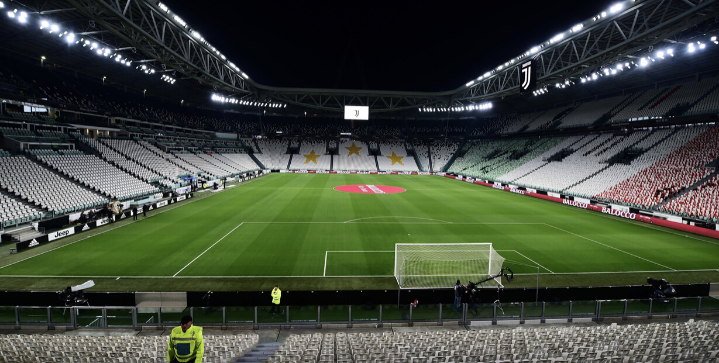 From league suspensions to games behind closed doors, the Coronavirus continues to impact football across Europe.

Let’s take a look at how Europe’s top five leagues are responding to the coronavirus outbreak.

Serie A: Suspended until April 3rd

The Serie A has officially been suspended as of Tuesday until April 3 due to a decree by Prime Minister Giuseppe Conte to put the entire country of Italy on lockdown.

The Italian government had previously forced all matches to be played behind closed doors. The empty stadium made the biggest game of the Serie A season between Juventus and Inter Milan look like a practice match.

Yesterday’s clash between Sassuolo and Brescia was the final game for the month. Sassuolo forward Francesco Caputo held up this sign after he scored the opener, saying “Everything will be fine, stay at home” #COVID2019

Following in the footsteps of the Serie A, La Liga has confirmed that the league’s next two weeks of fixtures will be played out in front of empty stadiums.

Spanish fixtures including Real Madrid versus Valencia and Barcelona versus Sevilla will be fan-less.

Ligue 1: All games behind closed doors until April 14

After making the initial decision to limited fan attendance to 1,000 fans, Ligue 1 and Ligue 2 matches will now be played behind closed doors until April 15 due to the coronavirus outbreak.

The decision emerged in a meeting between the French minister for sport and other stakeholders earlier on Tuesday.

The Premier League is the last of the top European leagues to hold out against suspending nor match restrictions.

However, the league is likely to follow the rest of Europe soon in taking the strictest measures to prevent the spread of the virus.

”Is it worth playing without spectators? We do our job for the people. if they cannot come, there is no sense. I wouldn’t like to play in the Champions League or the Premier League without people,” said Manchester City boss Pep Guardiola

Nottingham Forest owner Evangelos Marinakis is said to have the virus, currently in self-isolation.

All Bundesliga matches will take place behind closed doors due to the coronavirus threat.

According to DW, ticket sales of €520.1 million make up eight percent of the league’s €4.02 billion in annual revenue. Fan-less matches could lead to a loss of €1.7 million per match.

While UEFA are seriously considering suspending the Champions League after the Round of 16 matches are done, it is currently barring fans from attending matches.

UEFA are proposing similar restrictions for the Europa League — Manchester United’s last-16 first-leg match at LASK will be played behind closed doors on Thursday. However, Olympiacos-Wolves is expected to go ahead despite Olympiakos owner Evangelos Marinakis, also owner of Nottingham Forest, having the virus.