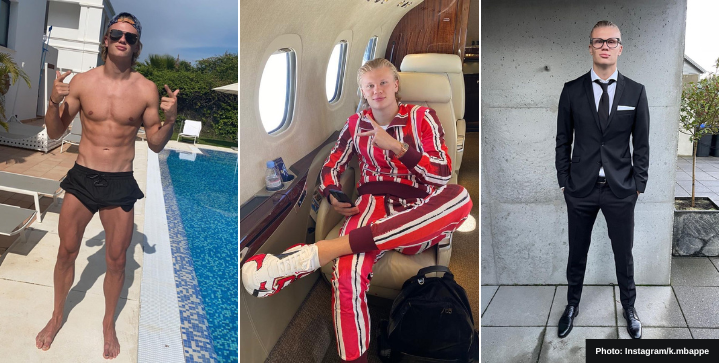 At just 22 years old, Erling Haaland is already one of the most prolific goalscorers in the world. The Norwegian superstar has scored an incredible 158 goals in just 201 games for club, another 21 strikes, and 23 games for country. The goal machine continues his strong performances this 22/23 season at Manchester City, where he’s notched 23 goals in just 18 games.

Haaland is among the highest earners in the Premier League (close to $1 million/week with bonuses) and is reportedly worth around $170 million, more than French superstar Kylian Mbappe. Here, we look at how the young striker spends his money.

Erling Haaland’s cars are a big part of his life. The young Norwegian owns a Ranger Rover Sport, a Mercedes-Benz GLE Class, an Audi RS6, and BMW M5. That’s nearly $500,000 in expenditure on cars.

On top of the youngster’s $25 million house in Norway and $3 million home in Cheshire, which he acquired from former Man United player Paul Pogba, Haaland owns a mansion on the Mediterranean.

The $6.5 million 981-square-meter home, located in the ritzy Marbella’s Nagueles neighborhood along Spain’s southern coast, includes a 77-meter pool, an outdoor shower, and a sauna.

The fitness-obsessed forward likes to treat his body right. And who wouldn’t as one of the most physical and pacy attackmen in the world? For this, he invested in the $50,000 cryotherapy chamber.

The Norwegian striker reportedly spent a whopping €500,000 in six hours at a restaurant while vacationing in Greece, including a €30,000 tip — a rumor he’s since denied.

Nonetheless, there’s ample evidence that he likes to party on the island of Mykonos, as he did one summer with Riyad Mahrez before they became City teammates. He also likes to take a private jet for one-off excursions, like he did attending the 2021 Monaco Grand Prix.