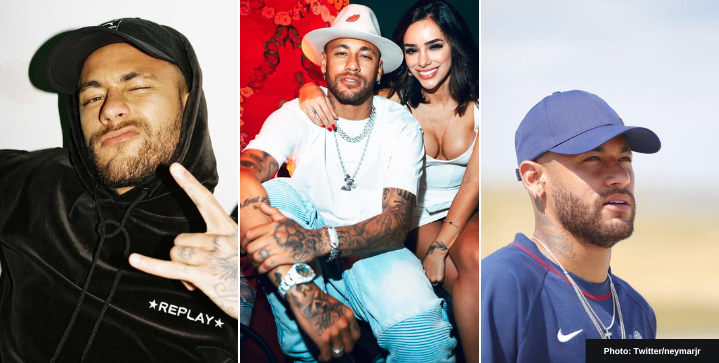 Neymar, the Brazilian soccer sensation, is one of the wealthiest athletes in the world. After all, he broke the most expensive transfer fee of all time with his €222m move from Barcelona to PSG.

According to Forbes, Neymar is the fourth highest-paid athlete in the world, earning a collective $95 million, $70 million of which is from playing the game itself. He has a reported $220 net worth.

But how does the 30-year-old spend his millions?

Like most of the world’s richest footballers, Neymar is not shy about showcasing the supercars from his collection. The Brazilian owns some of the priciest — a $4.5 million Lamborghini Veneno, a $2.3 million Aston Martin Vulcan, and a $2 million Maserati Mc12.

Neymar is a footballer of many styles, including his haircuts. Taking a cue from David Beckham, the footballer spends a lot of money on his fresh new looks, roughly $2000 a month.

Luxury cars and haircuts aren’t the only things Neymar spends heavily on. The Brazilian footballer also has some very lavish homes. He owns a $20 million house in Paris, a $2.5 million mansion in Brazil, and an estate in Beverly Hills, which he rents for $10,000 a night. Neymar is probably relaxing in one of his stunning homes when he’s not on the pitch.

Neymar enjoys flying between Paris and Rio on his private jet when he’s not kicking it about. He often takes his Embraer Legacy 450 with friends, as the plane accompanies nine people and goes up to 624 mph.

Neymar also owns his own personalized black Mercedes $12 million helicopter, which he once used to commute to a Brazil practice. He also holds an $8 million yacht, which he docks in Brazil.

In January 2022, Neymar made headlines when he paid more than $1 million for two Bored Ape Yacht NFTs. These NFTs are digital assets that can be bought and sold like traditional assets. While Neymar leaped onto these new and innovative technologies, it may not have been the best investment.

Like Cristiano Ronaldo, Neymar likes to wear flashy watches. In 2017, he walked into a Tokyo watch boutique, GaGá Milano, and bought 16 pieces of bling for $180,000. The spending spree ultimately led to a collaboration between the player and watchmaker, including this Neymar Jr Limited Edition watch the forward wore for his introduction at PSG.

In addition to his extravagant lifestyle and love of luxury items, the Brazilian knows how to throw a party or two. To bring in the 2022 New Year, Neymar hosted a private three-day party at his £2.5m mansion near Sao Paulo.

“Contrary to what people think, that I’m immature, that I don’t know what I do,” said the footballer.