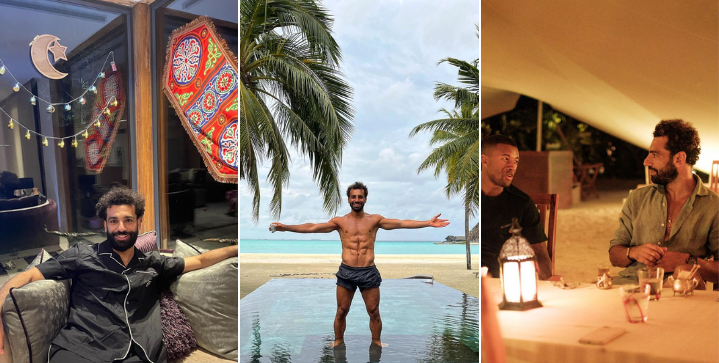 Mo Salah has made a name for himself on and off the pitch. The “Egyptian King” guided Liverpool’s 2019 Champions League triumph while becoming one of Time Magazine’s most influential people in the world for his charitable work.

Salah’s name is bigger than football, although he generates most of his wealth from playing the beautiful game. In July 2022, Salah signed a new three-year contract with Liverpool worth around $415,000 per week. The 30-year-old has a net worth of $90 million.

Everyone knows what Salah is capable of doing on the field. Let’s look at how the three-time Premier League golden boot winner spends his millions off the pitch.

The Pharaohs of Egypt’s captain is not one to shy away from splashing the cash on luxurious cars. The striker owns a $228,000 white Mercedes-Benz SLS AMG GLE Coupe and a $200,000 Bentley Continental GT as part of his collection — the latter of which he drives the most to and from practice.

But the most prized possession in Salah’s garage is the $500,000 Lamborghini Aventador which hits speeds up to 218 mph. After all, he did play in Italy for AS Roma.

Salah also owns Bentley’s first-ever SUV, a $177,000 red Bentayga, a spacy vehicle for his wife and two daughters. The Liverpool man previously owned an Audi Q7 to support his growing family and an affordable Toyota Camry; not bad for a guy who once took a nine-hour bus to attend practice.

The Liverpool legend enjoys a quaint house nestled in a residential neighborhood but with the comforts of the city close by. The two-story property includes a garden and a patio area, as well as 5-plus bedrooms and a state-of-the-art kitchen.

The house’s exterior is a bit fairytale with white accents, but the interior is full of modern fixtures and appliances. He also has a home cinema and multiple gyms with different workout machines — one room contains a cryotherapy chamber like Ronaldo’s to help speed up recovery.

“Two rooms in our house are dedicated to different fitness machines, bodybuilding. At home I can also do cryotherapy, there is a hyperbaric chamber. I am constantly looking to improve my physical condition,” said the player, who often jokes his house resembles a hospital because of all the medical supplies.

Work hard, play hard. Judging from Salah’s six-pack, he never seems to take a day off.

Salah also owns a house in his hometown of Nagrig, Egypt.

Like many other footballers like Kylian Mbappe, Harry Kane, and Son Heung-Min, Mo has been wearing various luxury watches at post-game events and special occasions.

He owns a $67,000 Roger Dubuis Excalibur Spider, a customized Audemares Piguet Royal Oak in red, green, and gold to celebrate that 2019 Premier League title, also one in baby blue, an $88,000 Urwerk-105 Streamliner, and a Ulysse Nardin timepiece in 18k white gold. His watch collection continues to grow like his trophy haul.

Mo Salah is known for his philanthropic work. In 2018, the Mohamed Salah Charitable Foundation a school and hospital in Salah’s hometown of Nigrig — 65% of the town lives in poverty.

More recently, the Egyptian donated food to the city of Basyoun during the COVID-19 pandemic. And he donated $155,000 to rebuild Abu Seifein Church after it burnt down in August 2022. This generous act of charity is indicative of his character and further illustrates why he is so beloved by fans around the world.

The Egyptian took inspiration from former Liverpool legend Robbie Fowler whose real-estate investments have ballooned to $ 37 million after he wisely invested during his Premier League career.

Ronaldo and Georgina break law to live together in Saudi Arabia