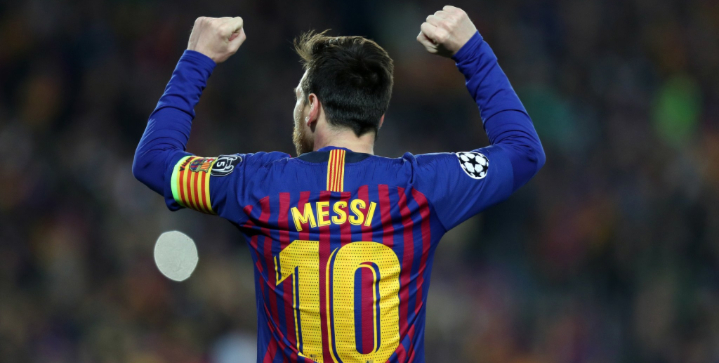 After Liverpool’s comfortable 4-1 victory on aggregate against Porto, the press asked Jürgen Klopp how he plans to stop Lionel Messi in the Champions League semifinals.

“Thank god I have a few more nights to think about that,” said Klopp, “So many teams tried that but nobody really did it. We have so many jobs to do before we meet Barcelona, let’s first play these games and we will see.

“We play on Sunday against Cardiff that’s in my mind, not how we play against Barcelona. We have enough time for that.”

Q: How can you stop Messi?

Klopp: Thank God I don't have to think about that tonight! ???? pic.twitter.com/Wcvlwgs2TI

A week and a half from now the two teams will meet at Camp Nou, with Klopp undoubtedly have outlined and practiced a strategy to impede the little Argentinian magician.

However, even one of the best defenders in the world in Virgil Van Dyk admits that facing Messi will be a challenge:

“I think he’s the best player in the world but we’ll see. It’s going to be a great match-up for all of us. It’s about doing it all together, it’s never one-v-one, it’s never just me against a particular striker.”

???? Virgil Van Dijk on Messi: "I think he's the best player in the world but we'll see. It's going to be a great match-up for all of us. It's about doing it all together, it's never one-v-one, it's never just me against a particular striker." #UCL pic.twitter.com/Vx41oI9t6S

Will Lionel Messi ever slow down?

Messi is having a standout year worthy of a record-setting sixth Ballon d’Or. He is the leading scorer of both Champions League and La Liga, accruing 45 goals and 21 assists from 42 games.

Leo Messi’s brilliant run and finish against Manchester United has been voted #UCL Goal of the Week ????pic.twitter.com/eAFzHqFX4V

It is difficult to foresee how The Reds could put a halt on Messi’s masterclass. But should they be able to stop him, Liverpool will be the only English club to have stymied the magic man from netting against them.

With four games to go, can Liverpool win its first league title since 1990?