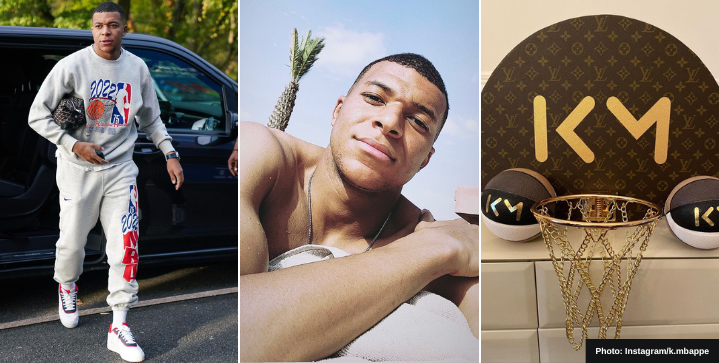 According to Forbes, Kylian Mbappe is the highest-paid footballer in the world, earning an estimated $128 million for the current 2022/23 season. That’s slightly more than his PSG teammate Messi ($120m) and Ronaldo ($100m).

His $214 million move to PSG ahead of the 2017-18 season also makes Mbappe one of the most expensive transfers of all time, behind teammate Neymar.

The 23-year-old Frenchman has already established himself as one of the game’s best, and he is only going to get better, as is his net worth (roughly $82 million in 2018).

On top of that, he is incredibly marketable and has already signed some of the biggest sponsorship deals in the game. So how does he spend his millions?

Unlike most other wealthy footballers who spend big on luxury cars and yachts, Mbappe is more humble in his spending sprees.

You’d think a speedy player like Mbappe would drive Lamborghini or Ferrari to match his intensity on the pitch. But it turns out the striker is a bit more meek regarding automobiles.

Mbappe was probably too young to drive when he broke on the scene as a 19-year-old dominating the World Cup in Russia. But that didn’t stop him from personalizing some of the cars he owns — like the souped-up Volkswagen Tiguan SUV, the all-electric Volkswagen ID.4, and the $60,000 Audi A6 Avant — that chauffeur him around.

More recently, the French striker did go big on a luxury Mercedes-Benz GLE valued at $80,000, and a spacier Mercedes V Class estimated at $150,000.

“My biggest expense? A nice house, it’s important for my family,” says the Frenchman.

Mbappe owns a 6,400-square-foot split-level duplex in the most expensive neighborhood in Paris. The home has 12 bedrooms, a basketball court, a library, a gym, and a Turkish bath. It also has a view of the Eiffel Tower with a jacuzzi on deck.

Reports indicate that the striker pays over $40,000/month for the pad, where his family lives with him. He also allegedly has a property in Paris worth $10 million and another family house in Monaco.

Mbappe rents the modern corporate jet Challenger 350 at a reported $7,000/hour to get around the world. The player initially requested the private plane for 50 hours a year as part of his contract demands for PSG in 2018 but didn’t get it — let’s say he has enough money to pay for trips out of pocket.

Mbappe’s jet use is widely tracked as trips to Liverpool at the beginning of the 2022 season sparked intense speculation about the player’s transfer.

Kylian Mbappe is known to meet with teammates on vacation, whether with Karim Benzema in Greece for some R&R or with Achraf Hakimi in Morocco for philanthropic work.

Mbappe also visits the United States every summer for business and personal time — as he was seen attending an LAFC match last summer and the 2022 NBA draft.

In October 2022, Mbappe invested in the French blockchain brand Sorare as part of an ambassador role. The NFT football startup is valued at $4.3 billion.

The Frenchman is also the face of Swiss luxury watchmaker Hublot. Mbappe once wore a $93,000 Hublot Spirit of Big Bang watch with a gold rainbow.

Mbappe is a brand ambassador for Nike, earning $5 million per year and Oakley, Dior, PlayStation, and EA Sports.

Mbappe famously donated his entire $500,000 earnings and bonuses to charity after France’s triumph at the 2018 World Cup. The Frenchman also set up his eponymous foundation, “Inspired by KM” which helps kick start the future 98 kids from Paris.

The striker released a corollary book in 2021, Je m’appelle Kylian, to inspire kids to build their dreams. The graphic novel is based on Mbappe’s journey from child to sports icon.

In addition to making a “very large” donation to Abbe Pierre Foundation to help fund COVID-19 relief efforts, he also raised money to lead the search for the late Emiliano Sala.