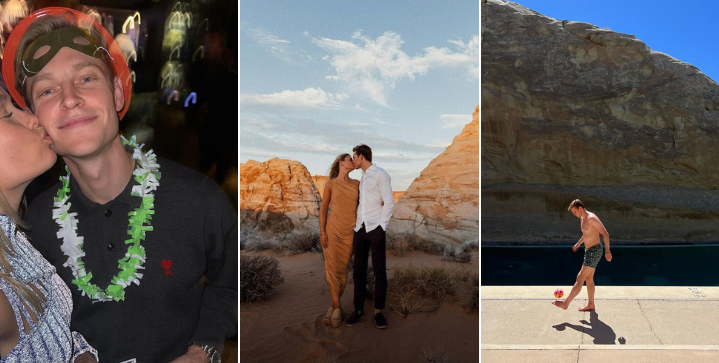 Barcelona star Frenkie de Jong is one of the best midfielders in the world. His versatility and technical ability — especially the art of passing — are second to none. That’s why Barcelona splashed nearly $80 million to snatch the Dutchman from Ajax in 2019.

He’s since made over 100 appearances for the Catalan side, with Europe’s top clubs like Manchester United and Bayern Munich trying to woo his services with a promised bump in salary.

With such a hefty pay packet, the 25-year-old Dutch player can afford to live a lavish lifestyle, and he certainly does on certain items. Let’s take a look at what Frenkie spends his money on.

Frenkie’s car collection is a bit more modest compared to other footballers like Ronaldo and Mo Salah. The Dutchman owns a high-end $90,000 black Porsche Macan, the car brand’s most compact and sporty SUV. The car’s top speed runs at 167mph.

The 25-year-old has also been seen cruising around to and from practice in a $50,000 BMW series 3. Stay tuned to see what else the midfield maestro adds to his garage.

The low-key midfielder owns a $5 million mansion in the luxurious neighborhood of Pedralbes in the upper northwest foothills of Barcelona.

The $5 million house features water paddle tennis courts, a garden, a long pool, and the requisite gym for those late-night workouts. With only two luxury cars to his name, Frenkie has plenty of space to add more luxury cars to his five-car garage.

Frenkie and his fiance Mikky Kiemeney like to travel the world when de Jong is not hitting the pitch.

The two traveled as far as Tanzania in 2019 to the United States in the summer of 2022. The player visited Arizona’s Antelope Canyon and Las Vegas and proposed to his long-time girlfriend at Zion National Park in Utah.