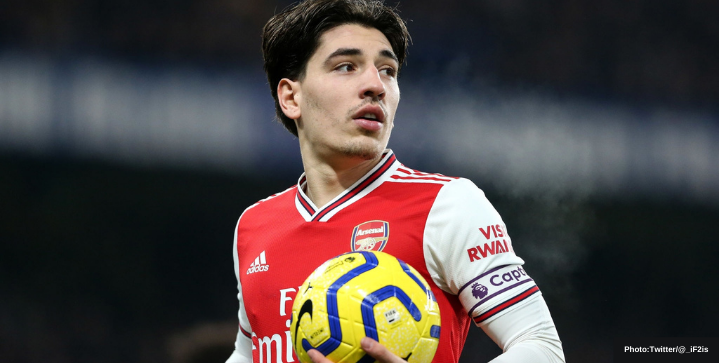 Hector Bellerin expects to part aways with Arsenal at the end of the season.

The Spanish international has spent 7 years with the Gunners, with his new destination set to be Paris Saint-Germain. Bellerin is currently valued at €25 million, according to TransferMarket.

The 26-year-old was linked with a move to the French capital last year but Arsenal boss Mikel Arteta convinced him to stay. Now, both sides are willing to move on.

Bellerin joined Arsenal as a youngster in 2011 and made his debut for the Gunners in 2013. He came on in the 95th minute as a substitute for Mikel Arteta in a third-round League Cup match against West Bromwich Albion.

He has since become a regular face on the Arsenal team, making 239 appearances for the club, and winning three FA Cup trophies and three Community Shields.

The pacy right-back suffered a season-ending ruptured ACL in his left knee mid-way into the 2018-19 season. Bellerin returned 9 months later to the delight of Arsenal supporters.

Fans have always admired Bellerin not just for his mental and physical toughness shown during his road to recovery, but also for his authenticity and openness as an ambassador for the club.

Bellerin may have played his last game for Arsenal

Bellerin is out with a leg injury for today’s game against Crystal Palace, so the player has most likely played his last match in the red and white.