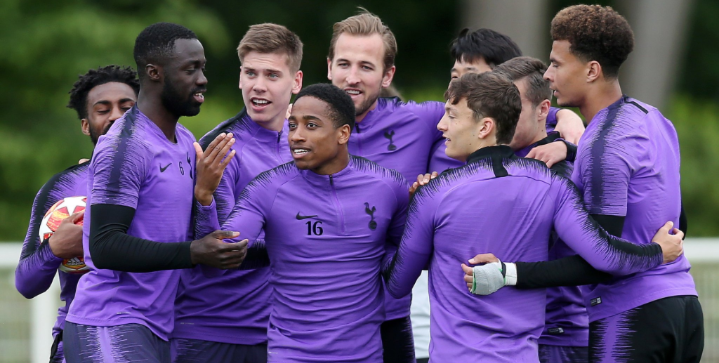 After injuring his ankle in the first leg of the Champions League quarter-finals against Manchester City in April, Harry Kane is back to full fitness and “ready to go” for the final against The Reds on Saturday.

“I feel good. There have been no problems so far,” Kane told reporters.

“I started to feel my way back with the team at the end of last week. This week now is to get the fitness as high as possible.

“Then it’s down to the manager. The manager will assess it and decide whether I’m ready to go or not but, so far, I feel good and ready.”

All 👀 on Madrid. #COYS #UCLfinal

Should we expect Kane to start?

The 25-year-old forward presents an interesting conundrum for head coach Mauricio Pochettino who’s been riding the wave of players who’ve stepped up in Kane’s absence including Lucas Moura and Heung-Min Son.

Given Kane’s availability but lack of playing time since April, Kane will most likely come off the bench to give Tottenham some extra firepower.

“We need to beat Liverpool and if he’s available all the better, but it’s not him and the rest of the team.”

Mauricio Pochettino has the latest on Harry Kane's fitness ahead of the #UCL final and #NationsLeague games ????

Either way, Pochettino’s decision on starting Kane will come down to the final whistle.

“Whether to start him is a point we’re thinking about a lot. It is a decision that, one way or the other, will be judged after the game. If we win: fantastic decision. If we lose: s–t decision, and you are going to kill me.”

Kane is once again the leading goalscorer for Spurs this year with 24 strikes to his name.

Jurgen Klopp faces a similar situation with Brazilian forward Roberto Firmino who’s also worked his way back from injury. Like Kane, Firmino was absent in one of the great Champions League comebacks of all-time. Liverpool turned around a three-nil deficit in the second leg of the Champions League semifinal to beat Barcelona 4-3 on aggregate.

Klopp on injured: No chance for Naby. He is really progressing well we will see how it works out for him in Africa Cup of Nations. Bobby (Firmino) trained then we took him out then he will be in training again tomorrow. All what we saw looked good. He will be fine, I'm sure.

Klopp will be eager to make amends for his team’s loss in last year’s finals. “The biggest moment of my career so far was getting promoted with Mainz,” said Klopp. “But I would think differently if I won the Champions League with Liverpool.”

Similarly, Pochettino will be looking to stake his name in European football glory. Both coaches nonetheless face key decisions before the biggest game of the year.