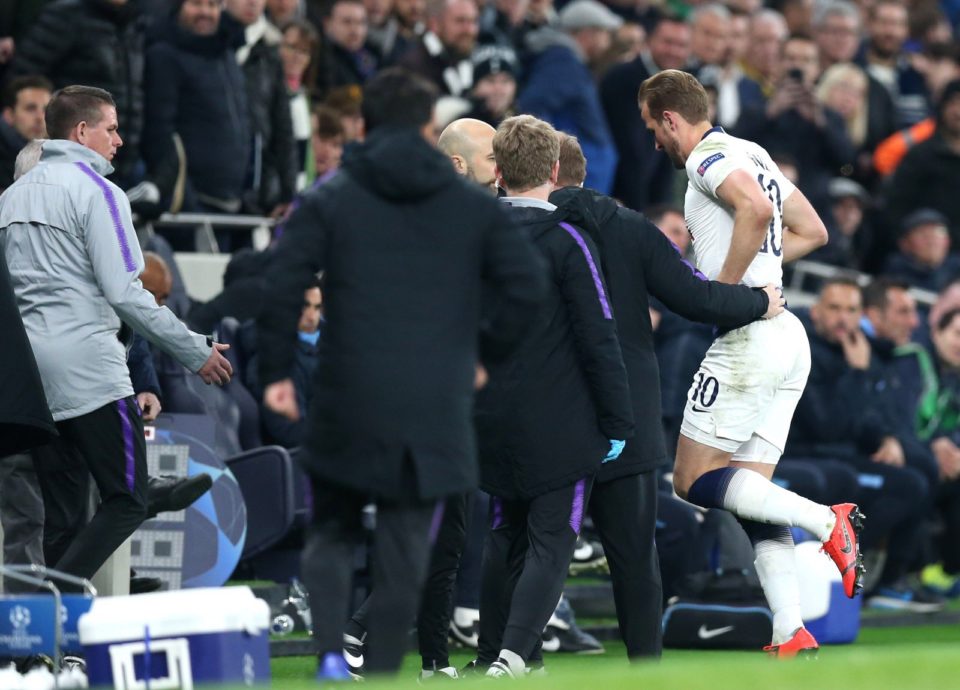 Harry Kane reinjured his ankle last night in Tottenham’s one nil victory over Manchester City in the first leg of the Champions League quarter-finals.

The incident occurred in the second half when Kane’s ankle got caught underneath a challenge from Fabian Delph. The 25-year-old striker hobbled off the pitch in obvious frustration as he made his way into the tunnel.

Harry Kane's injury could be a huge moment in the tie—and the rest of Tottenham's season pic.twitter.com/Z05IeHi0bp

“Same ankle and similar issue. [It’s] very, very, very sad, very disappointed. It’s going to be tough. We’re going to miss him maybe for the rest of the season and that is a worry for us and a worry for him.”

The injury comes at an inopportune time for the club where it finds itself competing for its first Champions League trophy and a top-four spot in the Premier League. No doubt the Spurs will miss Kane’s prolific goal-scoring — he’s bagged 17 Premier League goals and netted five in seven Champions League games this season.

Kane’s absence, however, calls for others to step up in his place. Scoring machine Heung-Min Son may provide some reassurance — the Korean forward netted the game-winner in the team’s last two games at Tottenham’s new stadium.

Tottenham’s season is far from over as they’ve proven durable challengers year after year. They’re also unbeaten in their last seven Champions League games. Who’s to say the Spurs will struggle now, at the final push?