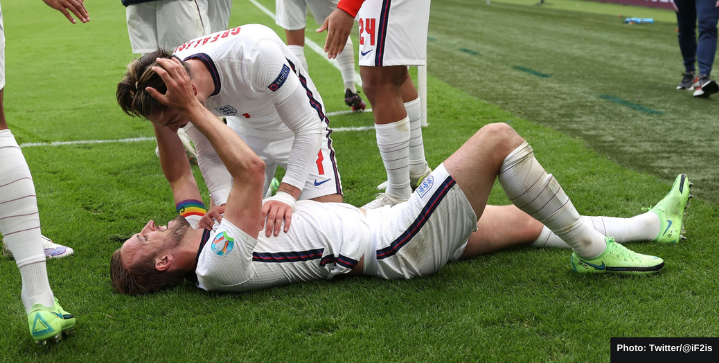 Harry Kane failed to show up for Tottenham training this morning, fueling speculation that he’s forcing a move to Manchester City.

Kane, whose contract expires in 2024, told the club of his intention to leave back in May. He wants to play in the Champions League. But Spurs chairman Daniel Levy continues to play hardball with the player to prevent his departure to a Premier League rival.

The Spurs ace has been linked with Manchester City all summer, with the North London side accepting no less bid than £160 million for last year’s EPL Golden Boot winner.

Will Kane get his move?

According to Fabrizio Romano, Kane believes he’s had a ‘gentlemen agreement’ with Spurs for the past year to leave this summer.

It’s clear that Spurs are prepared to fight to keep the player that’s proved to be indispensable to the club’s success that last few seasons.

While the England captain rebels, his Three Lions teammate Jack Grealish reported to Villa’s training camp but is also a Man City target.

It would take at least £220M for Guardiola’s side to sign both Kane and Grealish this summer. Remarkably, that would also Man City would break the Premier League transfer record twice within a few week’s time.

Sources say Man City are looking to take out new loans as part of the effort to raise the funds. The club will have to sell fringe players and possibly some senior players as well to make the Kane-Grealish deal happen.

Keep in mind that should Chelsea fail in their bid for Erling Haaland, the Blues can afford to make a last-minute bid for Kane.

Either way, we expect the Harry Kane transfer saga to go on until Premier league kick-off in two weeks’ time.