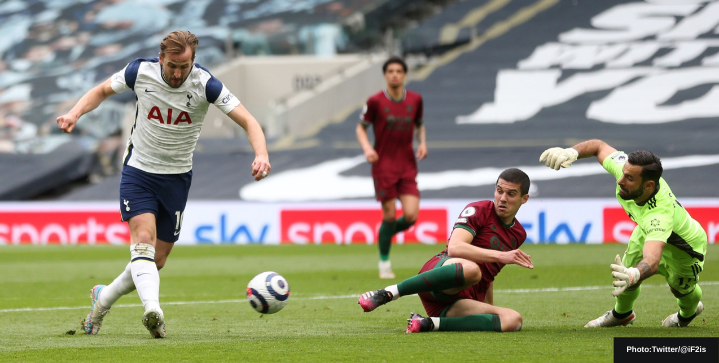 Harry Kane told Tottenham that he wants to leave at the end of the season while staying in the Premier League, according to Sky Sports.

Manchester United, Manchester City, and Chelsea have pounced on the news — all have already been in touch with Kane’s agent about a transfer for the 27-year-old striker.

The England International has scored 22 goals this season, tied with Liverpool’s Mo Salah in the race for the Premier League Golden Boot.

A big blow for Tottenham

Kane’s announcement to leave the North London club is a huge blow for Spurs fans.

The club’s key marksman is renowned for his goalscoring consistency. Kane has scored 20 or more goals for five straight seasons. He’s also contributed 13 assists this term alone, making him one of a handful of players in Europe’s top five leagues this season with double figures.

However, a lack of trophies and Champions League football at Tottenham has convinced Kane he must go and challenge elsewhere.

“I love Spurs, I’ll always love Spurs but I’ve always said if I don’t feel we’re progressing as a team or going in the right direction, I’m not someone to stay there for the sake of it,” admitted Kane in an Instagram Q & A last April.

Where to next for Kane?

Spurs placed an enormous £200m fee on the England striker last season in response to the player’s links to Manchester United. That fee has now been reduced to £120m if Tottenham owner Daniel Levy is to even consider it.

Levy is prepared to play hardball and do anything to deny Kane from moving, especially to a Premier League rival. Kane’s contract expires in 2024.

Spurs responded to Kane’s announcement, saying “Our focus is on finishing the season as strongly as possible. That’s what everyone should be focused on.”

Which club would you join if you were Harry Kane? Let us know below.