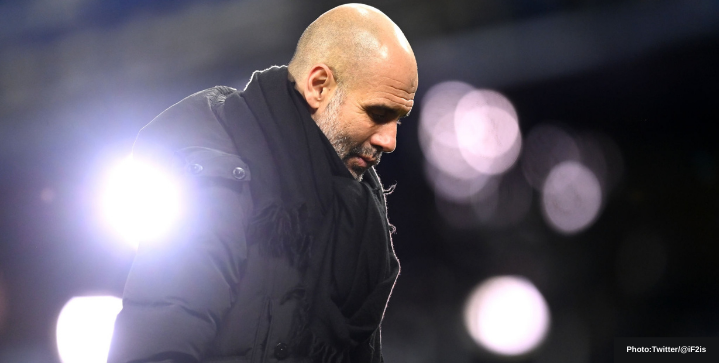 “With these prices, we are not going to buy any striker. It is impossible, we cannot afford it,” said Guardiola ahead of Saturday’s match against Leicester.

What Guardiola said about acquiring Haaland

“I want to be clear, maybe we are going to find a new player to replace him (Aguero) but in terms of numbers [of goals it is] impossible. In terms of what he means, impossible.

“With these prices it’s impossible – we cannot afford it. That’s not going to happen. All the clubs struggle financially and we are not an exception.”

The two were seen arriving first at Barcelona’s El Pratt airport to kick off negotiations with Barca president Joan Laporta. They left for Barajas Adolfo Suarez in Madrid two hours after.

Now they’re in England to meet with Manchester United, Chelsea, Liverpool, and Manchester City today, according to Mundo Deportivo.

Borussia Dortmund have placed an €150M exit price on Erling Haaland, doubling his valuation since last season. Only Europe’s biggest clubs can afford talking about the possibility of hiring Raiola’s super client.