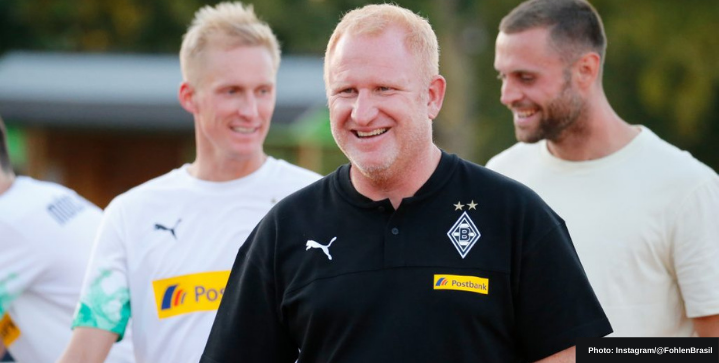 The West German FA ordered Gladbach U-23 coach Heiko Vogel to train the women’s team as punishment for misconduct during a match.

Vogel demonstrated “unsporting behavior” towards two female referees during 2-1 win over Bergisch Gladbach last January. In addition to “ordering” Vogel to coach a women’s or girls’ team for six sessions, the FA also fined the 44-year old boss €1,500 for his actions. Vogel has until June 30 to fulfill the duties.

In an interview with ESPN, Journalist Nicole Selmer of Germany’s Women in football network said the decision “shows that at whatever level women and girls play football they are not taken as serious as men and boys.”

that is very counterintuitive….. it’s a punishment to coach women and that makes up for sexism ? 😭

Even more strange, the blatant offense comes on the heels that Vogel is first in line to replace Marco Rose as coach of Gladbach’s first-team.

Manchester City defeated Gladbach 4-0 on aggregate in the Champions League Round of 16 on Tuesday.

Vogel is required to sit out Gladbach’s next two matches in the immediate term.

The 11 Best Stadiums in Germany