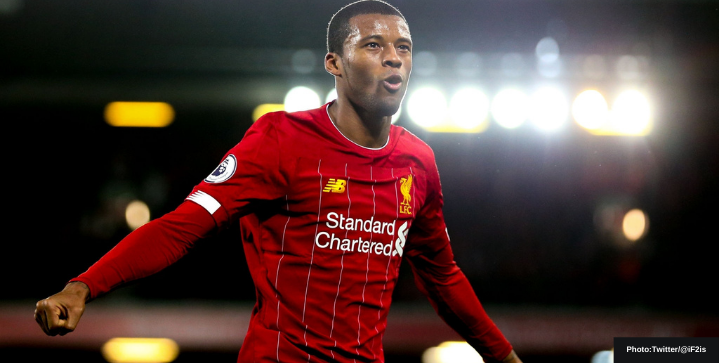 Gini Wijnadum is set to join Barcelona as a free agent this summer with an agreement in place until 2024.

The Dutch midfielder would join Sergio Aguero, Memphis Depay, and Eric Garcia as the other free agents the Catalan side is signing this summer to beef up its squad.

Liverpool fans have been expecting Wijnadum to depart the club, paying an emotional tribute to the Dutchman before the Reds kicked off the final day of the season against Crystal Palace on Sunday.

“It is emotional for me, I lose a friend and we’ll miss him but it’s normal in football. He will find a great place for whichever club is interested,” said Jurgen Klopp.

“A LFC legend now & forever. He is an architect of our success. We have built this Liverpool on his legs, lungs, brain and his huge, beautiful heart.”

Wijnaldum also received offers from Bayern and PSG but neither of the parties could come to an agreement due to the player’s high salary and signing on fee.

The midfielder went to become an excellent servant of the club, helping the club win the 2019 Champions League — including THAT semi-final comeback goal against Barcelona — and a 2020 Premier League. He finished the Reds with 237 appearances, 22 goals, and 15 assists.

The 30-year-old Liverpool legend adds a little something different to the Barca midfield. He may not score or assist much but he’s technically gifted, offering consistent effort and a versatile style of play.

However, his presence could stifle Barca’s up and coming midfield generals including 18-year-olds Pedri and Ilaix Moriba and 21-year-old Riqui Puig.

Barca fans, do you like the potential signing of Georginio Wijnaldum?