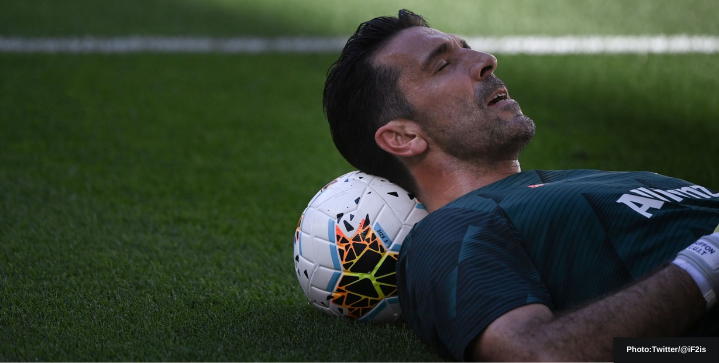 Gianluigi Buffon has announced that he will leave Juventus when his contract expires at the end of the season.

“My future is very clear and is already outlined,” the World Cup winner told BeIN Sports.

“I’ve decided to leave Juventus at the end of the season, I’m not extending the contract.

“Either I stop playing or, if I find a situation that stimulates me to play or have a different life experience, I will take it into consideration.”

Buffon made 683 appearances for Juventus and won 21 trophies for the club. It’s hard to imagine the 43-year-old Italian continuing his footballing journey but should he choose to go forward, maybe it’ll be Parma where he started his career. That’s the fantasy ending anyway.

Buffon came out of retirement to make a sensational return to Juve for the 2019/20 season. The hope was that he and Ronaldo would continue Serie A predominance and lead the Bianconeri to the team’s first Champions League title since 1995/96 season. But this term hasn’t been the season they dreamed.

Juventus sit in fifth place in Serie A with three games left, out of Champions League contention. The club’s commitment to the Super League also has them on the brink of Serie A exclusion next season. Ronaldo plans on leaving Turin to find Champions League football elsewhere.

“I have a very good relationship with Ronaldo. He is a guy that I like a lot. He scored a lot of goals as always, like the last few years. The individual will get praised when the team achieves important goals,” Buffon summed up for Bein Sports.

Buffon is undoubtedly one of the best goalkeepers of all-time. With 25 years of professional football under his belt, countless Juve trophies and a World Cup trophy for Italy in which he recorded five clean sheets on the way to glory, Buffon can now leave the game in peace.