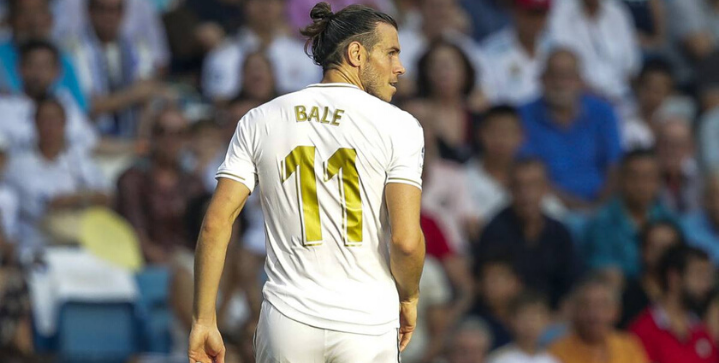 According to Marca, Gareth Bale is pushing for an exit from the Santiago Bernabeu again after another downturn in his relationship with Zinedine Zidane.

This summer’s rapprochement between boss and player took a turn recently after Zidane left Bale at home for Real Madrid’s Champions League match against Club Brugge on October 1.

Zidane axed Bale from the lineup because of his reoccurring injury problems. Bale has since missed matches against Mallorca, Galatasaray, and Leganes due to a thigh injury suffered at the last international break.

Real Madrid’s former doctor believes that Bale’s constant injuries can be related to his obsession with playing golf. Meanwhile, Bale is exercising his right to keep his health records private in accordance with the Spanish Law on Protection of Personal Data.

In an interview with the Telegraph recently, Bale admitted “I don’t even know who the Prime Minister is anymore. I follow golf, that’s about it.”

The Welshman is once again looking for the exit as he did this summer after Zidane stated publicly that “if Bale left tomorrow it would be better for everyone.”

“Zidane is a disgrace – he shows no respect for a player that has done so much for Real Madrid,” Bale’s agent Jonathan Barnett told AFP at the time.

Bale was reportedly in London yesterday to meet with his agent about a January transfer. Los Blancos granted him special permission to travel since he’s not part of the squad facing Levantes on Wednesday.

“Bale and I have a good relationship. When he’s not available, it’s because he has something,” said Zidane at a news conference earlier today. “When he’s 100% he’s a great player. He went to London on a personal issue and had permission from the club. He’s never talked about leaving.”

Zidane believes that the rift with Bale is a media fabricated story. “Bale? A lot has been said but we have a good relationship,” explained Zidane.

“He works well when he is available. He is not now because he is injured. When he’s 100% he’s a good player, we all know that. You want to create something that isn’t there in our relationship.”

Bale will face the same hurdles he faced when trying to force a transfer over the summer. No European club wants to match the 17 million euros (after tax) the 30-year-old earns annually at Real Madrid.

As a result, Bale’s agent will once again reach out to clubs in the Chinese Super League that can front the wage bill.

Real Madrid now have the option to let Bale go free and save millions of euros in the process. And Bale, for his sake, may finally get the relief he’s looking for.

Jose Mourinho to replace Emery at Arsenal? It could happen, but should it?