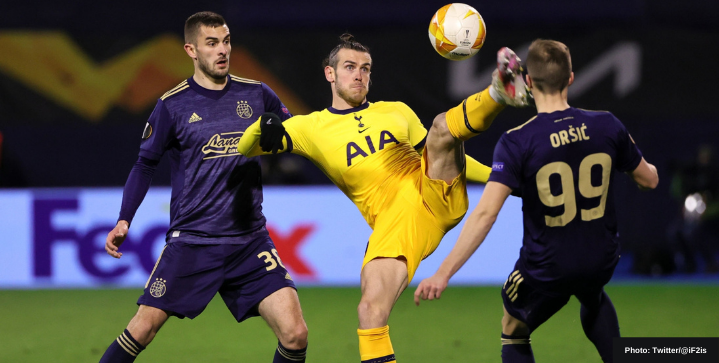 Gareth Bale plans to return to Real Madrid at the end of the season.

The Welsh star is currently on season loan with Tottenham Hotspur where he joined in September 2020.

Bale’s Madrid contract runs until the end of the 2021/22 season.

“I still have a year left at Real Madrid Madrid. My plan is to go back to Real, as I came to Spurs to play football, but into the Euros, I wanted to be match fit,” said Bale.

“The plan was only to do a season at Spurs.”

After a string of superb performances under Mourinho earlier this month, rumors circulated that Bale might stay in North London.

But such talk all appears to be squashed now given Bale’s comments, all the while Spurs exited the Europa League and sit in mid-table.

Despite finally settling back in at Tottenham, Mourinho may have to penalize the on-loan forward with some more bench time.

When it comes to playing club football, Bale just appears to have other priorities.

Now we know why Zidane questioned his commitment, desire, and ambition to Real Madrid and why Mourinho may now follow suit.

Ex-Real Madrid star Predrag Mijatovic put it bluntly, “The first thing he thinks about is Wales, then golf and after that, Real Madrid. I haven’t spoken to him but that’s how he comes across.”

At the same time, everyone knows that even a 31-year-old Bale can still produce on the pitch. A fully fit Bale is the same player who scored the miraculous bicycle stunner in the Champions League final.

So what does the footballer actually want? A £560,000 a week salary certainly talks, but it’s anybody’s guess.