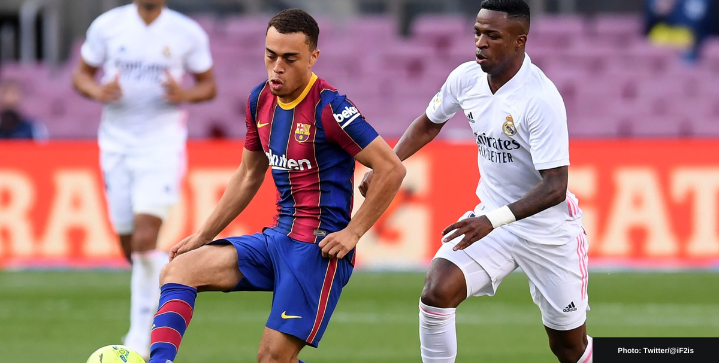 Barcelona are still deciding whether to make right back Sergino Dest available on the transfer market next month.

Whether a scapegoat for Xavi’s mixed results or a victim of the new system (or both), 21-year-old Dest does not appear type of player Xavi rates highly. The Catalan giants re-signed Dani Alves to reinforce the right-back position last November. Alves pledged to make Dest a better player.

A former Ajax star, Dest burst on the scene as the first American international to play for Barcelona in La Liga. He was part of Ronald Koeman’s first signings for the club back in October 2021, booking a five-year deal with a 400 million euros release clause attached.

The USMNT star brought a more attacking flair to Barca but often left the Blaugrana vulnerable at the back. An inconsistent starter, Dest now finds himself further down the pecking order on Xavi’s roster. He was also left out of the squad for last Wednesday’s 3-2 defeat against Real Madrid in the Spanish Supercopa.

Dest nonetheless remains determined to fight for his place and wants to remain at Barcelona.

Reports indicate that Barcelona could part ways with the defender for around €40 million. It was only two months ago that Bayern Munich first inquired about a loan deal for the fullback. But the Bavarian giants may face stiff competition against Chelsea who are considering a loan with an option to buy later to find cover for the injured Ben Chilwell.

Barca fans — is letting Dest go the right answer, or should Xavi give the player a chance to impress?