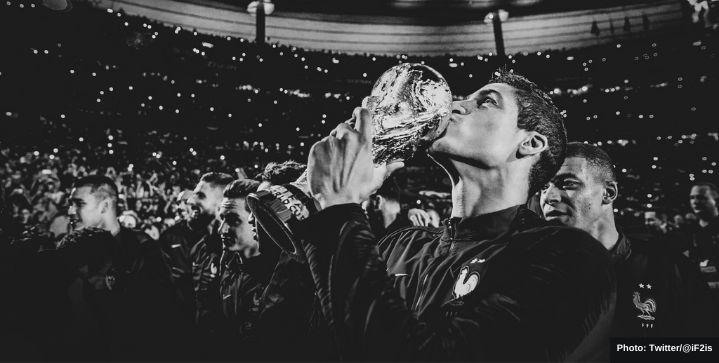 Italy and Saudi Arabia are considering a joint bid for the 2030 World Cup, according to The Athletic. That’s potentially a 54-hour bus journey between games.

But there appears to be some logic behind the bid other than logistics. After all, the 2026 World Cup shared between the United States, Canada, and Mexico extends to nearly 1900 miles, more than the roughly 1200 miles between Italy and Saudi Arabia.

It’s coming to Rome and Riyadh

Saudi Arabia is trying to develop more fruitful ties with Italy. The two countries have been improving their relationship when it comes to football.

The kingdom hosted the last two Italian Super Cups. Riyadh is also working on obtaining broadcasting rights for Serie A.

But football is politics, too.

Last week, Italy lifted its ban on arms sales to Saudi Arabia and the United Arab Emirates due to their involvement in Yemen. Rome and Riyadh are intent on joining forces on the global stage for good. Saudi Arabia, in particular, is looking to “sportswash” its past history by hosting a number of games.

Hosting the World Cup would be a first for Saudi Arabia. Italy has already played hosts twice.

Logistically speaking, the group stages and Round of 16 could take place in Italy while the final games happen in Saudi Arabia.

With the World Cup taking place next door in Qatar next year, the kingdom’s bid may be less appealing to FIFA. But as we’ve seen with Qatar, money talks.

UK and Ireland are also proposing a joint bid for the 2030 World Cup, as are Spain and Portugal.

Argentina’s 1986 World Cup Squad: Where are they now?