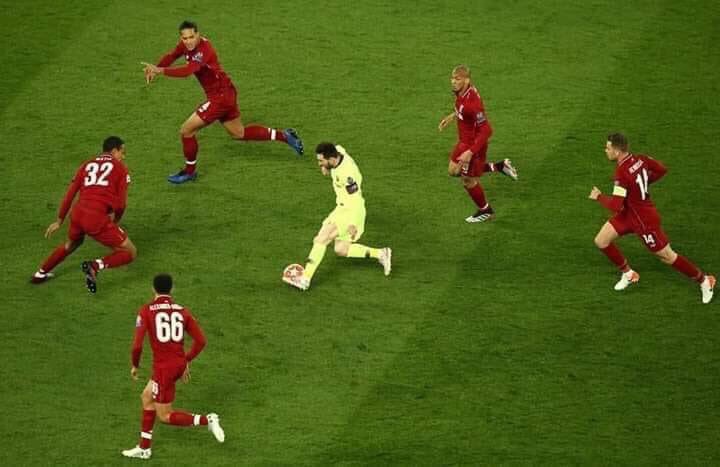 On a night where Liverpool swarmed Lionel Messi and made him look absent, you think it couldn’t get any worse for the world’s best player. But the Barca bus left Anfield without him.

After Messi broke down in tears after the match, he underwent a random doping test that took longer than usual. A special car picked him up so he could meet his teammates at the airport.

But Barca’s poor performance went beyond the Argentine magician.

The Catalans received a maelstrom of criticism after Liverpool staged one of the best comebacks in Champions League history against a Barca side that was up 3-0.

“We have to be ready for all the criticism that is going to rain down on us now,” said Luis Suarez. “We are very sad, we are in a lot of pain. For their fourth goal we looked like schoolboys.”

Suarez was already made a villain by his former club for celebrating his goal against the Reds at Camp Nou. The Uruguayan forward starred at Anfield for three seasons, winning the Premier League Golden Boot and Player of the Year in the 2013-14 season.

The horror loss was also manager Ernesto Valverde’s second embarrassment in consecutive years — his side lost to AS Roma in the second leg after a 4-1 lead in the first leg of the 2017-18 Champions League quarter-final. “Liverpool rolled us over,” Valverde said after the match. His sacking appears imminent.

Barcelona won’t go trophyless this season. They’ve secured a 26th La Liga title and play Valencia in the Copa del Rey final at the end of May. Winning the Double still won’t do anything to cure a Champions League hangover.