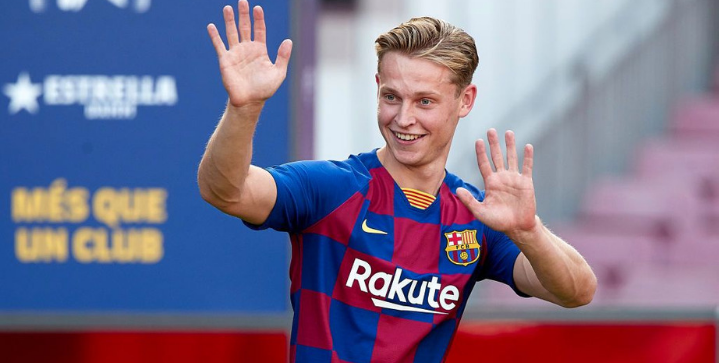 Arsenal fans may want to look away.

“In my mind I have had the following list for a long time: Ajax-Arsenal-Barcelona– call it the Marc Overmars route,” he said in an interview with Voetbal International.

“But then again, if you can go directly to Barcelona, then you’re right where you want to be. Faster than you ever dared to dream.”

Marc Overmars was one of Arsene Wenger’s best-ever players, helping the Gunners win the Premier League and FA Cup during the 1997/98 season before becoming the most expensive Dutch football player in history with his £25million transfer to Barcelona in 2000.

Arsenals fans, of course, will be ruing the chance to sign 22-year-old Frenkie de Jong. The North London club have failed to qualify for the Champions League for three years running. They last won the Premier League 15 years ago.

While Arsenal is still looking to turn it around, Barcelona will be happy to have a player that oozes class sooner rather than later.