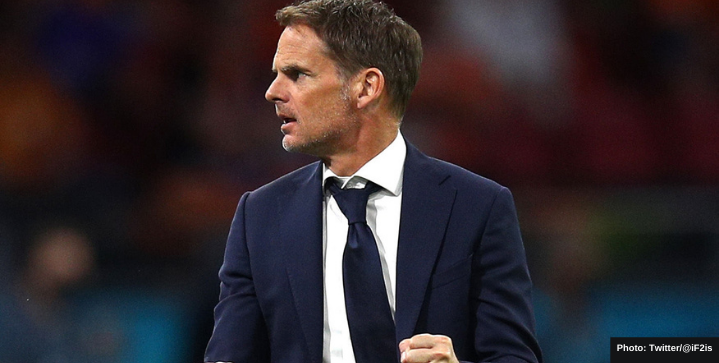 Frank de Boer has been sacked as Netherlands boss after a disappointing Euro campaign. “It is not healthy for me,” said the ex-coach whose future depended on Holland reaching the quarter-finals.

The 51-year-old replaced Ronald Koeman on a two-year contract last September but barely survived a year. De Boer’s side lost 2-0 at the hand of the Czech Republic to exit the Round of 16.

“The objective was not achieved, that much is clear,” announced De Boer in a public statement. “When I was approached to become national coach in 2020, I thought it was an honor and a challenge but I was also aware of the pressure that would be on me from the moment I was appointed.

“That pressure is only increasing now, and that is not a healthy situation for me, nor for the squad in the run-up to such an important period for Dutch football with the World Cup qualification. I want to thank everyone, the fans and the players and the management team who have created a top climate here.”

This isn’t the first time De Boer called it quits earlier than expected. After a brief 85-day stint with Inter Milan, he coached only five matches for Premier League side Crystal Palace. He coached two seasons with Atlanta United before parting ways.

The Dutch will turn now their attention toward hiring a new boss to prepare the team for next year’s World Cup. We heard Louis van Gaal could be up for it for a second term.