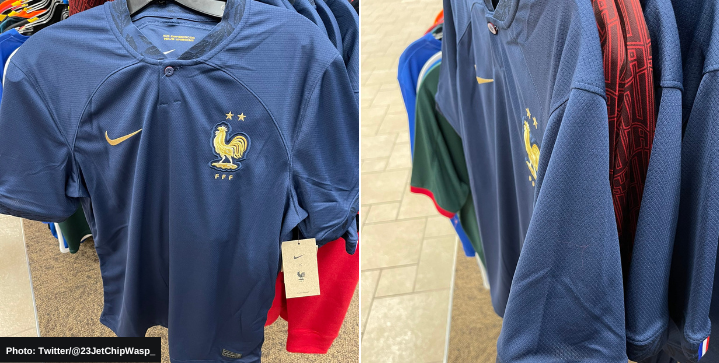 France teased its home and away kits for World Cup 2022 this week.

The reigning champs again prove why they’re one of the world’s classiest teams. The 2022 Nike France World Cup home jersey is the definition of clean and simple.

The predominantly “midnight navy” colorway goes in beautiful contrast against the metallic gold logos of the Swoosh and Gallic rooster.

The subtle leafy pattern on the neckline and trimmings gets topped off with the one-button collar. The French flag hinges on the right cuff.

The new Nike France away shirt is much more chaotic than the simplistic home kit. But for a good reason.

What do you think of France’s new World Cup kits?