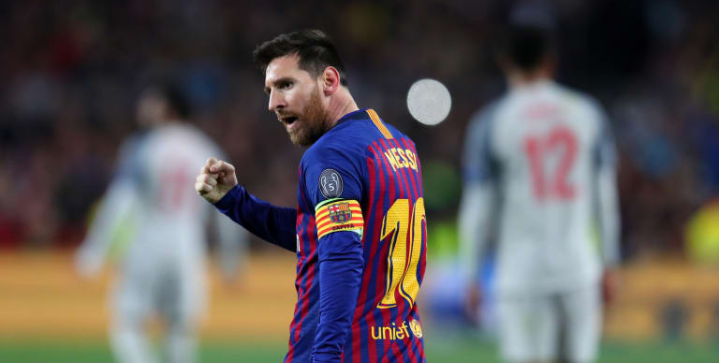 The number 10 shirt number has been worn by some of the best players in world football.

From the legendary Maradona to Ronaldinho and Messi, here are the best number 10s to ever play the game.

With creativity and vision, Dennis Bergkamp came to define class during his 11 seasons at Arsenal. He scored 120 goals with the club, most notably the one-touch and subtle flick past the Leicester City goalkeeper in 1997, where he also scored his first hat-trick. A true number 10, Bergkamp also recorded 94 assists during his time at Highbury, making him the Gunners top assist-provider to this day.

A football legend, Zinedine Zidane led France to its first World Cup ever in 1998. Two years later, the majestic midfielder led France to its second Euro trophy where he was named the player of the tournament.

Zizou fell short on penalty kicks in the World Cup 2006 final in which he famously got ejected for the head-butt to Italian defender Marco Materazzi. With 108 caps and countless club trophies, Zidane is an obvious choice for one of the best number 10s of all-time.

From 1991 to 1994, Laudrup played with an arsenal of other talented players, including Pep Guardiola, José Mari Bakero, and Txiki Begiristain, to lead the Catalan side to a 1992 Champions League along with four La Liga titles. He also achieved a league championship with Real Madrid and Ajax in the last year of his career.

Often considered one of the best ever to play the game, the gifted Brazilian dribbler known quite simply as Ronaldinho scored 70 goals for the Catalan side over five seasons. He remains the only player other than Maradona to have received a round of applause from Real Madrid at the Santiago Bernabéu.

A three-time consecutive Golden Ball winner, the skillful and intelligent French midfielder Michel Platini captained France to the country’s first international title in Euro 1984, scoring 41 goals. But his club efforts were far more impactful — he won the Serie A twice, the Coppa Italia, the Cup Winners’ Cup, and the 1985 European Cup in which he scored the game’s only goal. He netted 68 strikes in his five-year spell at Juventus.

While he didn’t wear the number 10, he epitomized the role as one of the best-attacking playmakers the world has ever seen.  The dynamic attacker left a legacy of the total footballer at Ajax. He played 365 games with the Ajax side where he won 8 domestic championships and 3 European Cups before moving on to Barcelona in 1973 for a then-record transfer fee of $2 million where he won both La Liga and Copa del Rey.

His honors include eight First Division titles, five yet unrepeatable European Cups, and a Copa Del Rey. He kickstarted the elite club that Real Madrid is today. Said Diego Maradona on the Real Madrid legend:

The 6-time Ballon d’Or winner has played 128 games for La Albiceleste and scored 65 times, a team record. After helping his side win the gold medal in the 2008 Beijing Olympics, Messi’s international career has experienced a mix of ups and downs. He led Argentina to a runner-up in World Cup 2014 and runner-up in Copa América three times: 2007, 2015, 2016. After losing the Copa América 2016, he briefly retired and then returned to play in the 2018 World Cup.

But it’s Lionel Messi’s club performance that puts him first on the list. Torching all opposition with his technique, spins, and speed, he’s recorded scored a remarkable 428 goals (most ever in La Liga) for the Catalan side, in addition to 181 assists.