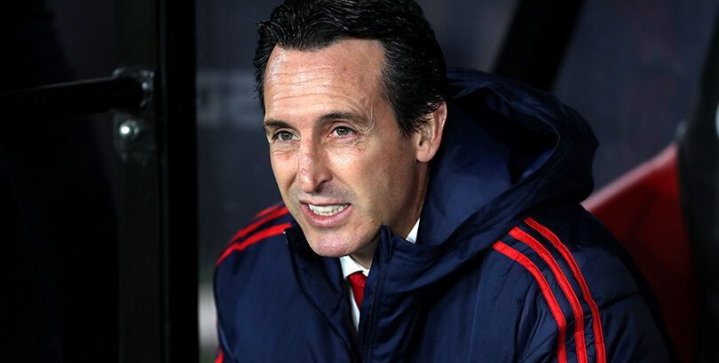 Unai Emery’s job is hanging by a thread.

After a dramatic night at the Emirates in which captain Granit Xhaka told off his own fans and VAR ruled out a Sokratis game-winner, Emery’s side appear to be falling apart. Arsenal remain 5th in the Premier League with Manchester United a mere two points behind.

There has been little progress under Emery despite the Spaniard’s claims that he’s made the team more competitive. Emery’s record is worse than Arsene Wenger’s last stretch of 47 games.

With no system, identity, and perpetual changes to the starting XI, there doesn’t seem any reason for Arsenal fans to be optimistic about the rest of the season.

With that being said, here are some of the candidates that could replace Unai Emery.

Jose Mourinho recently turned down an offer from Ligue 1 side Lyon to hold out for a bigger club. That club may very well be Arsenal.

The “Special One” was seen at the Emirates in Arsenal’s 3-2 comeback against Vitoria in the Europa League.

The former Chelsea and Manchester United boss has been a pundit for Sky sports since his dismissal from Old Trafford last December. While he may be past his coaching prime, his leadership and coaching style is infectious — he wins.

Despite the recent struggles of Zidane, Pochettino, Thomas Tuchel, and Solskjaer, all these coaches have the backing of their club. So if it’s not Arsenal for Mourinho right now, who else is it going to be? Of course, the Special One could still buy his time.

The former Juventus boss Massimiliano Allegri is already learning English to prepare for a potential move to England. The 52-year-old Italian coached the Turin side to five Serie A titles, four Italian Cups, and two Champions League finals where his team finished as runner-ups.

Keep in mind that Allegri refuses to take another position until his one-year sabbatical ends — at least, so he says.

Former Gunners midfielder Mikel Arteta was also on the shortlist of candidates to replace Arsene Wenger in 2018. However, the board felt that Emery offered more experience and backroom leadership. Arteta returned to his current assistant coach role at Manchester City where he’s been since 2016.

Should Arsenal reapproach the Spaniard, they might have to apologize first. But Arteta could bring back the Barcelona-style play that Arsenal is sorely missing.

Former Gunner and current assistant coach Freddie Ljungberg could fill in as caretaker manager in North London. Writes David Ornstein in the Athletic, “Freddie is highly-rated by the players and staff, and the logical feeling is he would take temporary charge if anything happened with Emery.”

Formerly Arsenal’s U23 coach, Ljungberg helped promote Bukayo Saka to the first team. He may be able to bring a fresh approach to the Gunners who lack a clear identity and spark. For one, Ozil could see his name back in the starting lineup as Ljungberg’s sop to Arsenal fans.

Should the Swede succeed as Solksjaer did at Manchester United, at least initially, why wouldn’t Arsenal make the job permanent?

Former club captain and Invincibles hero of 2003/04, Patrick Vieira may be the least likely candidate on the list to get hired. However, the previous New York City FC head coach and the current Nice boss was on the initial 8-person shortlist to replace Wenger.

“Yes, like any player, when we do this job we want to touch the very highest level,” Vieira told RMC when asked about potentially managing Arsenal.

The Frenchman could do well to rally the dressing room and reinstall some of the grit Arsenal have been missing since his departure as a player in 2005.

While the pressure is mounting on Emery, it’s unlikely for Arsenal to part with its manager mid-season. However, Emery should be forced to make immediate changes that give the team a chance to reach the top 4.

Popular changes from the Arsenal fan faithful include: involving Ozil to feed the forwards, playing Torreira in his expert DM position instead of as a number 10, and starting Bellerin and Rob Holding to strengthen the backline.

If the Gunners fail to make Champions League, Aubameyang and Lacazette are sure to leave the club.