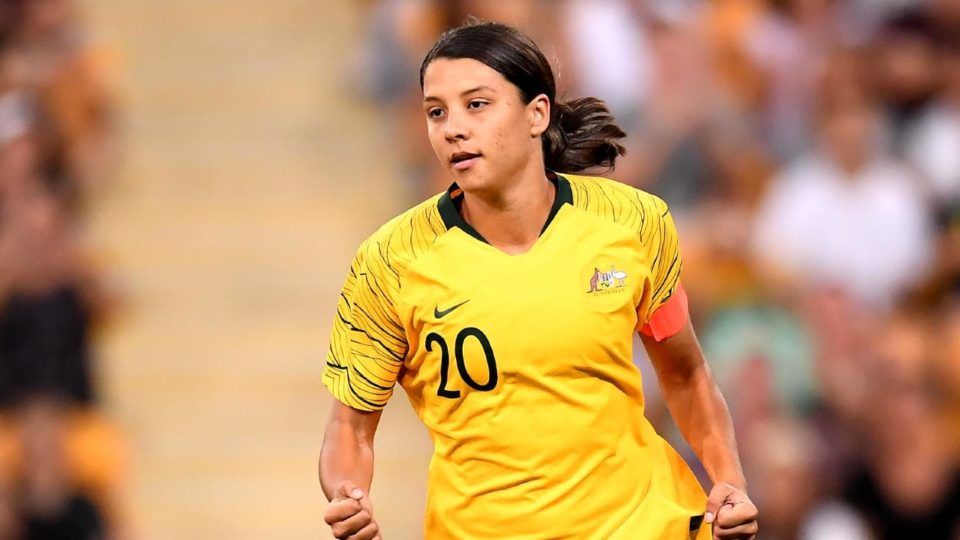 24 nations and 552 players will hit the field in France for the start of the Women’s World Cup on Friday. You may know the likes of Marta, Megan Rapinoe, and Alex Morgan. But let’s take a look at some of the amazing talents who’ll get a chance to make their name on the world stage.

Norway’s Ada Hegerberg won the Ballon d’Or in 2018 and has led her club side Olympique Lyonnais to four straight Champions League titles. But the 23-year-old won’t be playing at this summer’s World Cup in protest to the lack of parity between the men’s and women’s program of Norway’s soccer federation. So why is she on this list? Because she’s the best player in the world. Her goal-scoring talents will be sorely missed.

The 25-year-old captain of Australia was a Ballon d’Or 2018 nominee and is widely respected for her pertinacity and fearlessness — she came close to quitting football in late 2015 after rupturing foot ligament in her left foot. Kerr made her international debut for Australia at the age of 15 and has since then racked up 31 goals over 77 appearances. She’s the all-time National Women’s League-leading goalscorer with 65 strikes for the Chicago Red Stars. Expect to see one of her trademark backflip goal celebrations in France.

The 28-year-old English defender from club Olympique Lyonnais is considered the best right back on the planet. She helped lead Lyon to two Champions League titles in a row. She also guided the Lionesses to a third-place finish at the 2015 World Cup, the nation’s best-ever finish. She’ll be looking to continue the majestic spell her England side enjoyed in winning the SheBelievesCup back in March.

Watch out Abby Wambach! 36-year-old Canadian Christine Sinclair is just three goals away from breaking Wambach’s all-time international goalscoring record of 184 goals. This will be the captain’s 5th and final World Cup with high hopes of taking home the trophy for a national team she’s been playing for since 16 years of age.

One of the best goalkeepers in the world for her excellent reflexes, Sarah Bouhaddi has been protecting the net for Olympique Lyonnais for a decade. She’s won three straight goalkeeper of the year awards and looks set to lead the hosts to a World Cup victory.

An astounding dribbler, Tobin Heath has been with the national team since 2008 where she’s recorded 30 goals in 150 appearances. The 31-year-old attacker won the 2016 US Player of the Year and helped the US side win two Olympic Gold Medals and the 2015 FIFA Women’s World Cup. After a stint with Paris Saint-Germain in 2013, she moved her pro career to the Portland Thorns in the NWSL where she’s won two championships.