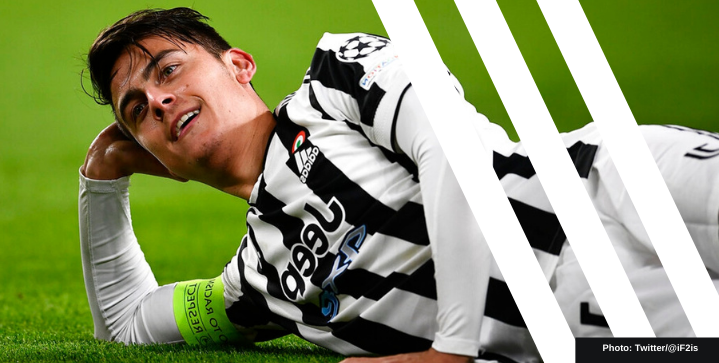 The rumor train for Paulo Dybala’s next club has swirled ever since Juventus officially announced that they would not offer the Argentine a contract extension.

The 28-year-old forward admitted feeling “shocked” by Juve’s decision to move on from him. He even took a day of leave to spend time with his partner Oriana Sabatini to mull over the news.

The arrival of €75M goal machine Dusan Vlahovic over the winter transfer window was enough for Bianconeri boss Allegri to decide on the Argentine’s future.

Dybala linked to many clubs

Tottenham are also intrigued by the player, but a Champions League spot needs to be secured to improve their chances. Spurs Italian boss Antonio Conte is pressuring Daniel Levy to pursue the deal, reportedly saying, “If it’s been agreed before, do it again.”

The Ligue 1 giants seem to be at the top of Dybala’s list. He’s asked his agents to probe interest from the club, as the Parisians could see the departure of free agents Kylian Mbappe and Angel Di Maria leaving this summer.

Inter are also aggressively looking at the Argentine forward. “Since Inter have been interested in me, I have always felt very close. If I have the opportunity to play for Inter, I will give my life for that shirt,” Dybala said back in 2012.

Atletico and Barcelona are interested in the forward but must see offload players first.

Dybala arrived in Turin as a youngster, averaging 20+ goals for his first few seasons. He now has 113 strikes for the club, 80 in Serie A alone. He’s scored eight goals and provided five assists in 21 Serie A games this season.