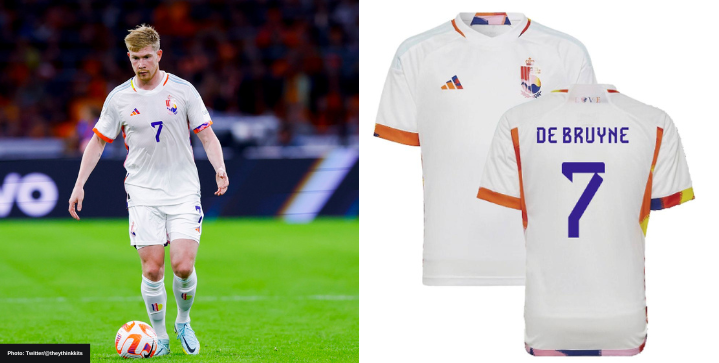 FIFA have forced the Belgium national team to remove the word “love” from their team’s away shirt.

The word is embroidered on the collar of the kit.

FIFA has already threatened to sanction teams that wear the OneLove rainbow armbands, which promote diversity and inclusion at the World Cup.

That includes England’s 29-year-old captain Harry Kane who, along with the captains of Belgium, Denmark, Germany, Holland, and Switzerland, planned to wear the band in a campaign against discrimination but were threatened pre-match with yellow cards.

Kane obliged, not wearing the armband in today’s 6-2 thumping of England over Iran.

Manchester United legend and Irish pundit Roy Keane disagreed with the gesture, saying that Kane and others should have taken the yellow. “That would have been a great statement,” said Keane.

FIFA is well known for its controversial history, a paragon no such brighter than hosting the World Cup in Qatar.

The country comes with an appalling human rights record, including exploiting migrant workers to build its stadiums and violating LGBTIQA+ people.

Homosexuality is also banned in Qatar, and women’s rights are severely curtailed.

Let’s see which teams continue to fight the good fight, expressing solidarity with the LGBTQ+ community.