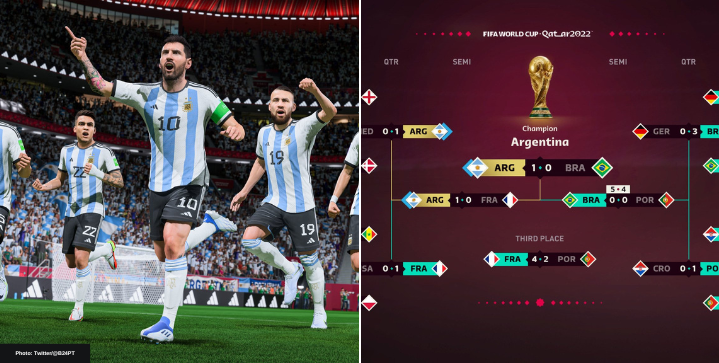 EA Sports has predicted that Argentina will win the 2022 World Cup.

FIFA 23 simulated matches to come up with the results.

However, the EA Sports method has Argentina defeating Brazil rather than Ronaldo’s Portugal.

FIFA 23 also predicted that Lionel Messi will win the 2022 Golden Boot with eight goals and that the United States will reach the quarterfinals, with Christian Pulisic scoring five goals in five games. Uruguay also gets booted in the group stage.

Get your popcorn ready.