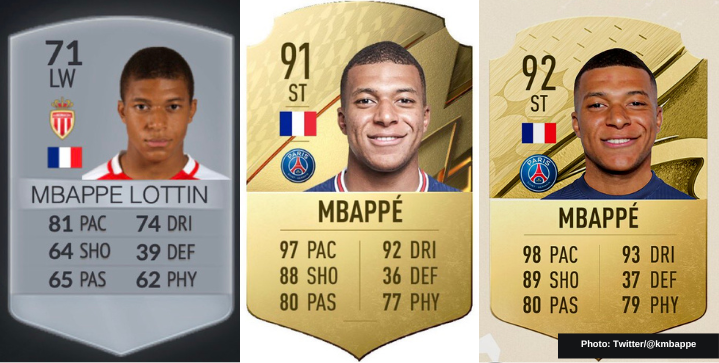 For the first time since 2008, the top player in FIFA 23 won’t be either Messi or Ronaldo.

According to a social media leak, the highest-rated player on this year’s release is Kylian Mbappe with a 92 rating. That’s one more point for the forward than last season, putting him above leading Ballon D’Or candidate Karim Benzema and Premier League star Mo Salah.

Who will the FIFA 23 cover star be?

The 23-year-old Frenchman has served as the game’s cover boy for the previous two releases, tipped to make it three in a row in the game’s September 30 release.

According to @FUTZONEFIFA, Mbappe conducted a photo shoot and interviews in the EA’s Redwood, California Studios last week. EA expects to announce the cover star on July 18 officially.

Who would you like to see on the next edition of FIFA?