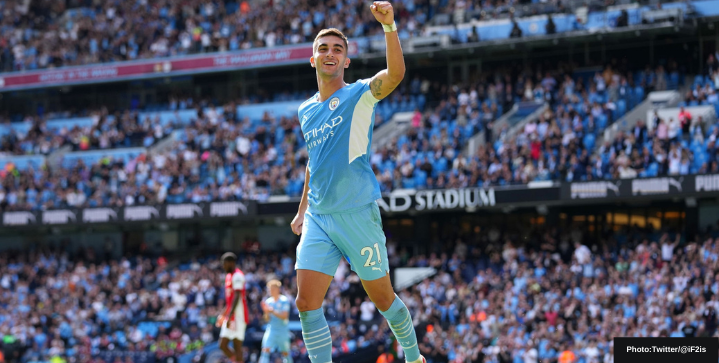 Ferran Torres has agreed to a long-term deal with Barcelona, according to SPORT 1.

The Manchester City player wants to sign for the La Liga giants as soon as this winter, with the Cityzens demanding the full 60 million euros in transfer fees. That is more than double the cash City paid for the 21-year-old last August. Reports indicate that City plan to use the extra funds toward the purchase of Erling Haaland this summer.

Barcelona are still negotiating for a sum closer to 50 million euros and face further hurdles in finalizing the deal given the club’s existing financial troubles. The Catalan giants are looking to offer Philippe Coutinho as part of the deal.

21-year-old Torres is currently out of the lineup at the Etihad after suffering a small fracture on his right foot while on international duty with Spain last month.

The ex-Valencia forward enjoyed a strong run of form prior to the injury, scoring seven goals in eight games for club and country. He’s a born scorer that can also play out wide, giving the Blaugrana plenty of attacking options.

Torres is excited about the prospect of joining Ansu Fait up top for Barcelona, according to Esport 3. Pep Guardiola remains open to the idea of letting Torres leave Manchester at the right price.

Chelsea winger Hakim Ziyech is considered Barcelona’s plan B if they can’t agree a fee with Man City over Torres. Barcelona are also aiming to sign Edinson Cavani as a replacement for Sergio Aguero who retired last week due to an ongoing heart issue.