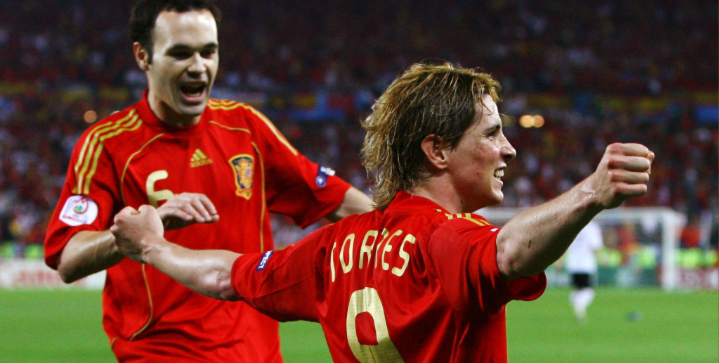 The Spaniard retires after 18 glorious seasons where he garnered a combined 300 career goal for club and country.  Nearly half of the strikes (129) came for his hometown club Atlético Madrid followed by 81 at Liverpool, 45 at Chelsea, 38 for Spain, 6 at Sagan, and 1 at AC Milan.

Former international teammate Andres Iniesta penned an emotional letter to the retiring Fernando Torres before the two matched off against each other in Torres’ final game for Japanese J1 side Sagan Tosu.

“It’s very strange, I’d say beautifully strange. Here we both are, about to play your last game as a professional,” Iniesta wrote.

“I still have some left. Here we are, on the other side of the world. It’s as if life, funny as she is, had brought us all the way to Japan to say goodbye.”

“Football brought us together more than 20 years ago, when we were children. Well, you will always be El Nino. And it will never separate us.”

What a career! Goodbye, El Niño.

Today Fernando Torres will play his final game as a professional footballer. It's been memorable! 🙌#UCL pic.twitter.com/HuzIEgM0rB