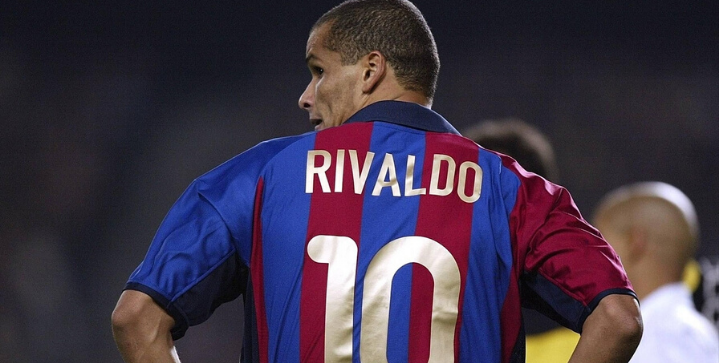 Ranking Barcelona strikers is a Herculean task, if only because there are so many great world-class players to have donned the Blaugrana kit. We nonetheless take our shot at pairing the best eleven.

Sold to Barcelona in 1973 for a then-record transfer fee of $2 million, the speedy Dutch forward helped Barcelona win its first league triumph since 1960. He also won the European Footballer of the year, which he repeated the following year. He made a total of 148 games at Barcelona, totaling 48 goals but more importantly influenced the modern game with his philosophy on the architecture and space on the field. Not surprisingly, the mastermind of football is Barca’s winningest coach. From 1988 – 1996, he won the club’s first-ever European Cup, a Cup Winners Cup, four consecutive league titles, and one Copa Del Rey and European Super Cup, along with three Spanish Super Cups.

If you thought Luis Suarez starred at Liverpool, he’s been on an absolute tear at Barcelona. The hard-working and physical attacker has scored 113 goals in 137 La Liga appearances. On top of his prolific goal-scoring record, he’s won a Champions League, three La Liga titles, and is a three-time Spanish Cup winner with Barcelona. His other trophies include a Copa America win with Uruguay where he was named the player of the tournament.

The prolific striker scored 280 goals with the club, winning four league titles and five Spanish Cups in the 1950s. Remembered as a free-kick maestro and inspirational leader, he coached the team without success in 1980. A bronze statue of the legends sits outside Nou Camp to this day.

The long-legged forward joined Barcelona in 1997 where he scored 109 goals over 5 seasons, none more magnificent than the bicycle kick that completed his hat-trick against Valencia and got Barcelona into Champions League. Winner of back to back La Liga titles in 98 and 99, where he was the league’s top scorer, Rivaldo won FIFA Player of the year and the Ballon d’Or in 1999.

Rejected by Real Madrid early in his career, the Cameroonian striker went on to have an illustrious career with Barcelona and Inter Milan in the first decade of the 21st century. At Barcelona, he scored a magnificent 130 goals in 199 games and won the Treble in the 2008/09 season winning Champions League, La Liga, and Copa del Rey.

As part of the core offensive unit consisting of Messi and Luis Suarez, Neymar helped Barcelona win the treble of La Liga, Copa del Rey, and the Champions League during the 2014-15 season. He scored 105 goals in 186 appearances before heading to Paris St. Germain on a $263 million record transfer fee.

A fruitful scorer in his time with Valencia, David Villa signed to Barcelona for €40 million in 2010. He continued his scoring spree with Barcelona, where he bagged 48 goals over 119 appearances. He also won his first Champions League and first and second La Liga titles with the club.