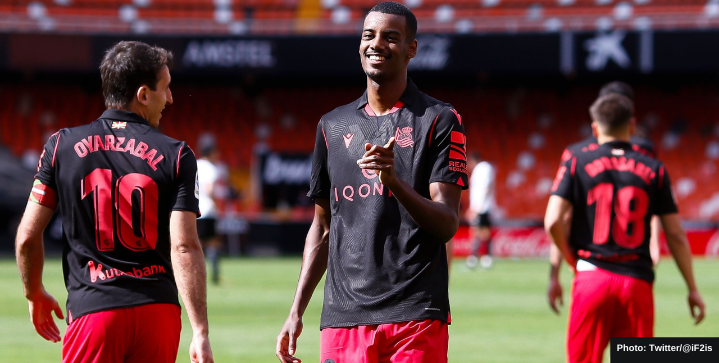 Isak grew to prominence during the European Championship, demonstrating his dazzling dribbling ability and his potential as a lethal scorer and assist man.

He recorded zero goals during the tournament but notched two assists in his last two games for Sweden. He also achieved the most successful dribbles in a game at the Euros with 6 versus Slovakia.

The likes of both Real Madrid, Liverpool, and Arsenal took notice, the former viewing Isak as an alternative to Mbappe or Haaland.

Well, it appears that the young striker wants to continue sharpening his game with the team that gave him the opportunity to showcase his talent. The 6-foot-3 agile striker scored 17 goals and provided 2 assists in 34 La Liga appearances last season.

Isak’s new 5-year deal keeps him at Real Sociedad until 2026. The renewed contract raises the player’s buyout clause to €77million, removing the £30m buyout clause Dortmund had for Isak.