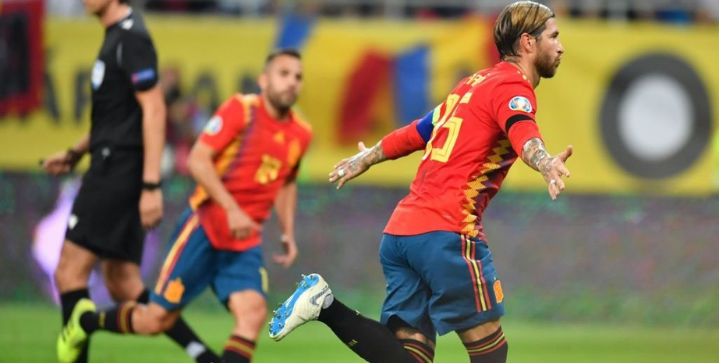 Euro 2020 qualifying continued on Thursday with Spain edging past Romania 2-1.

33-year-old Ramos, warned not to expect a first-team spot for Spain, nonetheless started and scored a goal from the spot in the 29th minute. His celebration earned him a yellow card, yet another collector’s item for the most-carded player in La Liga, Champions League, and Spain.

The goal marks Ramos’s 21st senior international goal, his 8th goals in his last nine games for Spain. He ties Míchel as the 10th top-scoring male in Spain’s history.

Spain looks to extend its longest winning run in EURO qualifying with 14 consecutive victories when it plays the Faroe Islands on Sunday.