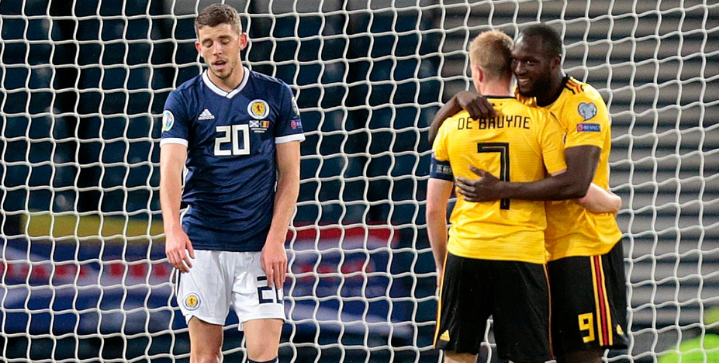 Belgian midfielder Kevin De Bruyne continues to sparkle for both club and country after a tough spell with injuries last season.

His hat trick of assists in 23 minutes last night against Scotland is a first-ever in a Euro 2020 qualifier. De Bruyne also has five assists in his first four games with Manchester City.

Is Kevin De Bruyne the best footballer in the Premier League right now?

People quickly forget how prolific De Bruyne can be. The 28-year-old has earned double-digits for goals and assists every season since 2012/13. Now he’s averaging a contribution every 49 minutes this season.

There’s a reason De Bruyne is the fifth-highest rated player on Fifa 2020.

Said Belgian boss Robert Martinez, “I think he’s in the best moment of his career. There’s no other midfield player that can create space, a playmaker that can execute the passes that he does. It’s a joy to see him fitting into the group.”

When asked if he thinks he’s the best midfielder in the world, De Bruyne responded: “Fortunately I don’t have to judge that.”

“I just have to play well. I’m just content. I’m feeling good. I have already played many matches and am starting to come into my rhythm. That is important, because there are still many games to play.”

Should De Bruyne remain injury-free, the ace player can continue to deliver masterclass performances for both Manchester City and Belgium. After all, he’s in his peak years.