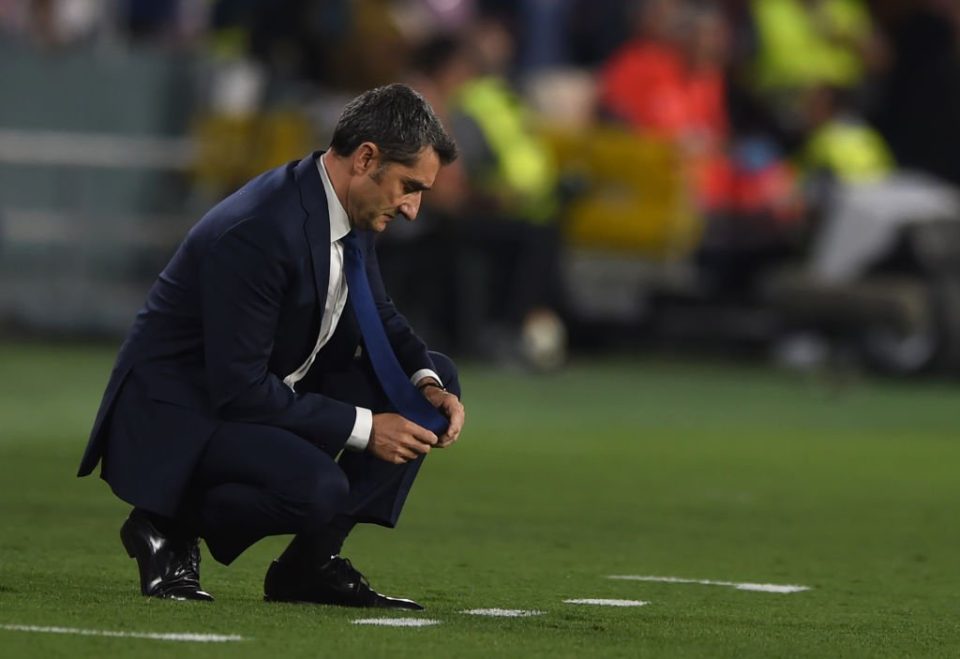 After losing to Valencia in the Copa del Rey final, Barcelona coach Ernesto Valverde is once again in the hot seat over his future role with the club.

Barcelona President Josep Maria Bartomeu is still keen on keeping the manager, saying “Valverde has a contract. He’s the coach.” Bartomeu blamed the ebb and flow of football for Barca’s woes.

“The [Valencia] defeat is not the manager’s fault,” Bartomeu reiterated. “We had a lot of chances, but the ball wouldn’t go in. Sometimes you have all the shots, but what counts is scoring goals.”

Valverde has guided Barcelona to back-to-back La Liga titles, but his future remains in doubt after failing to snag the treble this season.

While most Barca fans demand change, others like Lionel Messi still support the coach. Messi said the following in a press conference just before the Spanish Cup final.

“Haven’t seen much of the criticism of the manager … sincerely I think Valverde has done an impressive job all the time he’s been here. In the game against Liverpool he was hardly to blame for anything. We as the players are to blame.”

With reinforcements on the way, including Dutch midfield starlet Frenkie de Jong and Matthijs de Ligt or Antoine Griezmann as possibilities, the Catalan side should once again be contenders for a treble next year. The only question is whether or not Valverde will still be at the helm.

Leicester City unveil new away kits for the 2019/20 season