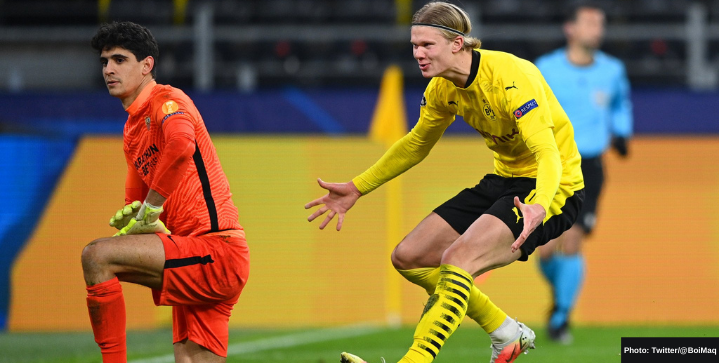 When Erling Haaland shouted out “Kiricocho” at Sevilla goalkeeper Yassine Bounou on Tuesday night, many were left wondering what he meant.

It turns out that the wonderboy had no idea what he said either. But he was mocking Bounou, who had screamed the name “Kiricocho” after saving the first penalty attempt.

With Bounou off his line, Haaland netted the retake and antagonized the goalie using the keeper’s own words.

“Kiricocho” is a reference to a 1980s Argentinian curse.

Kiricocho was the name of an avid Argentina fan who’d show up to Estudiantes practices, only for the club’s players to get hurt.

The coach Carlos Bilardo assigned the die-hard fan to greet arriving away teams to the stadium during games. Estudiantes subsequently won the Argentine league in 1982, having lost one game at home — the only match Kiricocho was absent.

When Sevilla fans learned about this story during Bilardo’s appointment at the club in 1992, they started shouting the name to wish bad luck on opposing teams.

The striker enraged Sevilla players with his taunt and was ruthless in his interview after the match.

“He was too far [off his line],” the Dortmund star told reporters.

“If he stood on his line, I would have scored that one – and that’s what happened on the second one.

“I missed and then he cheated. Then I took it again and scored when he didn’t cheat.”

Haaland’s brace against Sevilla saw him become the fastest and youngest player to reach 20 Champions League goals. Dortmund moves on to the quarter-finals along with FC Porto, Liverpool, and PSG.