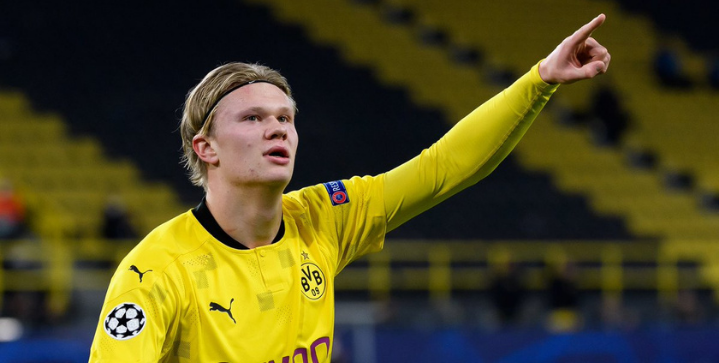 Borussia Dortmund will be without goal-machine Erling Haaland for the remainder of the year.

The 20-year-old Norwegian striker suffered a hamstring injury in training earlier this week.

Dortmund star expected to return after the winter break

“Haaland will not be able to play until January,” Dortmund coach Lucien Favre told Sky Germany.

The star forward will be sidelined for Dortmund’s next seven matches across Champions League, Bundesliga, and the DFK-Pokal.

Haaland is the joint-leading scorer in the Champions League with six strikes. He’s just three goals behind his fellow compatriot and former Molde boss Ole Gunnar Solskjaer in the European competition.

Solskjaer is still looking to woo the Dortmund wonderkid to Old Trafford with the club and player purportedly making a verbal aggreement. Haaland signed for the German side last season where he’s gone on to record a blistering 33 goals in 32 games.