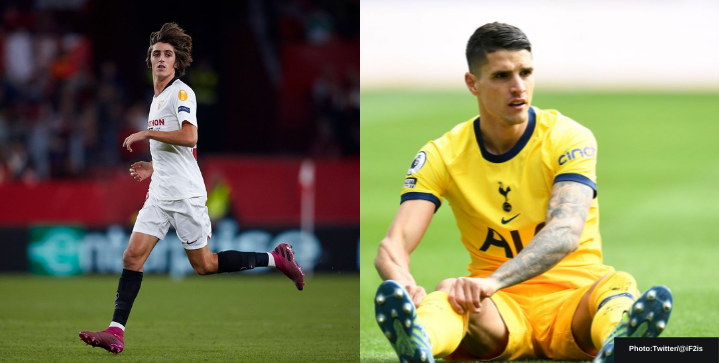 Tottenham are closing in on the signing of Sevilla’s Bryan Gil for €25 million plus Lamela in a swap deal, according to a Tweet from Fabrizio Romano.

20-year-old Gil is set to become Spurs’ first signing of the summer. The young winger is often compared to Angel Di Maria for his talented left foot and superb dribbling ability.

He completed the most dribbles of players aged 21 and under in the top 5 leagues last season (67), following the likes of Jadon Sancho (77) and Jeremy Doku (110). Only Lionel Messi made more ball carries (107) with take-on in La Liga last season, according to Livewire.

Barcelona and Arsenal were apparently keen on Gil as well.

Meanwhile, Sevilla are looking to benefit from the experience of 29-year-old Erik Lamela. Last year’s Premier League Goal of the Season winner will reunite alongside Copa America winners including Marcos Acuña and Papu Gomez.