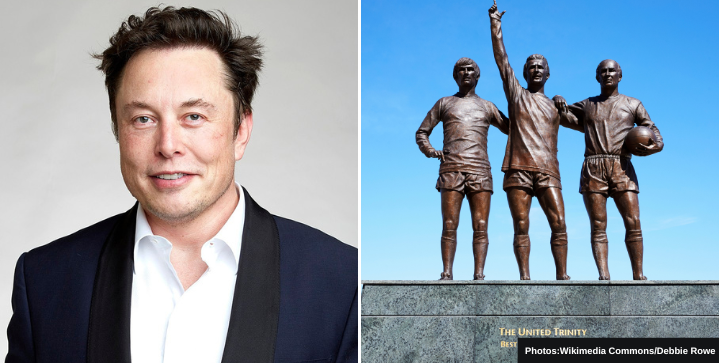 Elon Musk wants to buy Manchester United. That’s according to a late-night tweet from the Tesla CEO.

“I’m buying Manchester United ur welcome,” Musk said in a tweet. No one is sure if the world’s richest man is serious or just trolling the club with another one of his attention-getter tweets.

The storied club, owned by the Glazer family, who also operate the NFL’s Tampa Bay Buccaneers, has started the season 0-2 under new boss Erik ten Hag. The Red Devils face Liverpool in the Premier League next Monday night.

It remains to be seen if club legend and current wantaway Cristiano Ronaldo will even be there. Ten Hag appears to be opening the doors after the 4-nil Brentford humbling in those “puke green” kits.

Musk could amplify his global reach with United takeover

United has not won the Premier League since Sir Alex Ferguson left Old Trafford in 2013. But they remain the most popular club in world football, with a follower base of 1.1 billion.

That would be even more firepower to add to Musk’s 103.3 million Twitter followers. The business magnate is currently involved in a lawsuit with the global social network.

Four months ago, Musk made a $44bn deal to buy the San Francisco-based company but pulled out over Twitter’s failure to provide comprehensive reporting on bots.

Manchester United is desperate now, and Musk offers some extraordinary potential to unlock it.