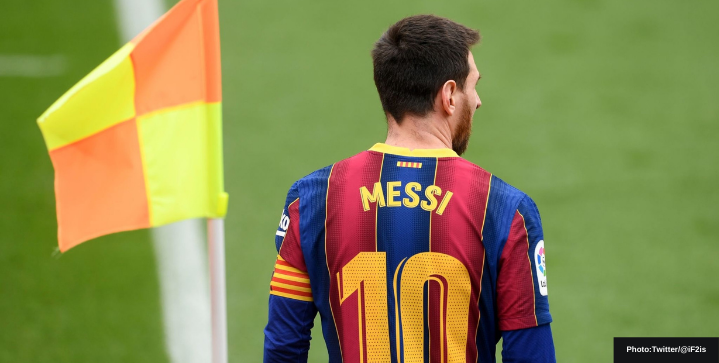 With one more sleep until El Clasico, Zinedine Zidane has chimed in where he’d like to see Lionel Messi suit up next season.

“I don’t want it to be Messi’s last Clasico,” he told reporters ahead of the fierce clash between La Liga rivals.

“I hope he stays at Barcelona. He’s good there. It’s good that he stays for La Liga.”

“We are going to play against Barcelona. It is true that we know the player that he is, but they are all very good – they have many great players.”

Lionel Messi has scored as many #ElClasico goals (26) as the entire Real Madrid squad combined 🤯 pic.twitter.com/CFoLTJHzT2

Could tomorrow be Messi’s last Clasico?

The 33-year-old Messi is yet to extend his contract at Barcelona, making him a free agent at the end of the season.

One of the world’s greatest number 10s, Messi has been linked with the likes of Manchester City, PSG, and even Beckham’s MLS startup Inter Miami. But Barcelona’s newly elected president Joan Laporta is confident that he can convince the six-time Ballon D’or winner to stay.

While tomorrow’s El Clasico could be Messi’s last, the match also has huge implications on the title race — Barcelona and Real Madrid trail behind table leaders Atletico Madrid by 1 and 3 points, respectively.

Messi hasn’t scored in the last six Clasicos since Cristiano Ronaldo left Real Madrid three years ago. If this is Messi’s last Clasico, he’ll want to make sure it’s one for the books.