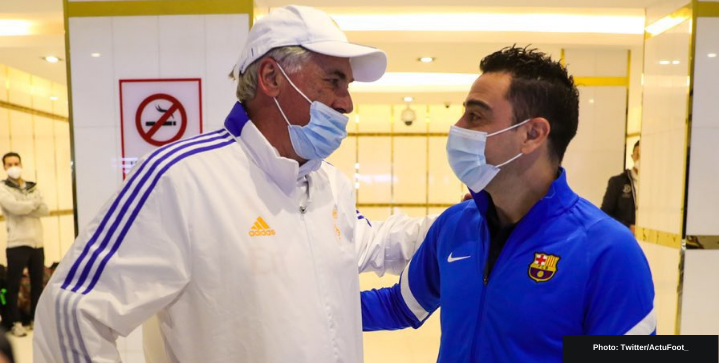 Barcelona and head coach Xavi are looking to galvanize the rest of their season with a victory over Real Madrid tomorrow in the Spanish Supercopa semifinal.

It’ll be the first Clasico since in October when Real Madrid won 2-1 at Camp Nou. Tomorrow’s competition takes place in neutral territory, Riyadh, Saudi Arabia. The winner faces either Atletico Madrid or Athletic Bilbao in the final on Sunday.

“This game is a huge opportunity to reach a final and it could be a turning point for us,” Xavi explained in a news conference on Tuesday. It’ll also be Xavi’s first Clasico as a coach since replacing Ronald Koeman in October.

“Madrid are the most in-form side in Spain, the league table shows that, but this is another competition. The Clasico is always unpredictable.

“Reaching the final would represent a point of inflection. But whatever happens, we will be realistic. It’s an important game and a huge test, one which will show us where we are after two months in charge.”

Barcelona are coming off a disappointing tie against Granada over the weekend. But the team is slowly inching their way up the La Liga table, currently in 6th.

A win over arch-rivals Los Blancos would do wonders for Barcelona’s confidence. And the Blaugrana must feel good about their chances.

Of course, they will be facing one of the most dangerous attacking frontmen in world football spearheaded by Benzema and Vinicius. The duo have scored more goals this season (36) than the entire Barcelona squad combined (35).

Real Madrid have also won as many league matches since the start of November as Barcelona have managed all La Liga season. Ancelotti’s team is flying high.

“Barcelona will always be Real Madrid’s rival. The match is called El Clasico for a reason. On paper, we are the favorites and we will do our best. At the same time, Barcelona will do well too. The Super Cup is the first title of the year and everyone wants to win,” said Ancelotti.

Dani Ceballos drops a hint about his Arsenal future