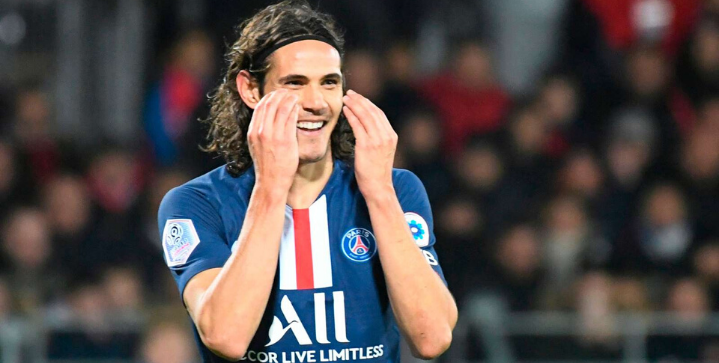 “We always said the same thing for Cavani. We hoped that he would stay at the club. Today, he asked to leave. We are studying the situation,” said Leonardo.

”We had a proposal from Atletico Madrid. We did not have a proposal worthy of the player’s worth. [But] I’m not sure Cavani will be here in February.

”Today, there is nothing [to say he will leave]. But he has made the proposal to leave. We’ve never thought about selling him before.

”We will see how it turns out in the coming days, but we are listening to Cavani because we respect him. It’s a little clearer now, with him at the end of his contract.”

Atletico Madrid are close to capturing the signing of PSG’s Edinson Cavani, Marca reported back in December.

Various reports indicate that Diego Simeone is looking to sign the 32-year-old as a dependable replacement for the mercurial Álvaro Morata.

Sky Sports reporter Gianluca Di Marzio has already called it a done deal with Cavani signing on for three years.

However, it’s still unclear if one of the world’s best strikers will join up with Atletico in January or at the end of the season on a free transfer. Cavani’s PSG contract expires next summer.

Cavani has scored in three of his four starts this season for PSG but has been hampered by injuries and seen his starting spot replaced by the new number 9, Mauro Icardi.

The five-time Ligue 1 champion has enjoyed a prolific spell in Paris, becoming the club’s all-team leading goalscorer with 196 goals in 289 matches.

Cavani has also been linked with a move to Manchester United in light of Marcus Rashford’s injury. Chelsea and MLS sides LA Galaxy and David Beckham’s Inter Miami are also interested in the Uruguayan’s services.

Is Cavani to the Spanish giants Atletico Madrid a good move? Tell us on Twitter.