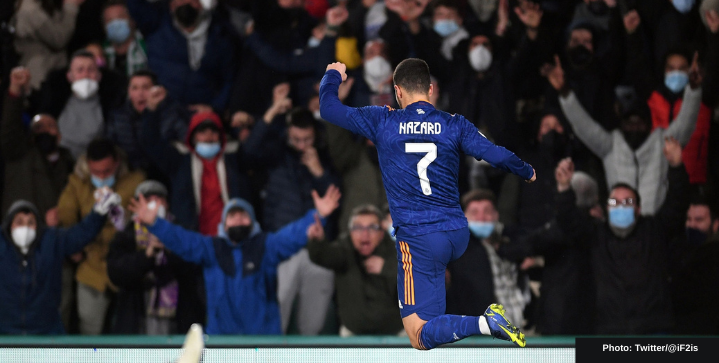 Eden Hazard is injured yet again for Real Madrid.

According to an official club statement, the 31-year-old will undergo surgery on his ankle in the next few days. He will have the osteosynthesis plate placed on his ankle removed and thus miss the club’s Champions League tie against Chelsea.

The Belgian has experienced the same amount of injuries as goals (16) since joining Real Madrid in a $114 million deal from Chelsea in 2019. But his latest problem has been ailing him physically and mentally since last season; only now did the club approve his request to conduct the operation on his right fibula.

Hazard back to Chelsea?

It’s no surprise that the former Chelsea legend has been linked multiple times with a return to the west London club. Club owner Roman Abramovich appeared dedicated to bringing the star back. However, recent events put a possible transfer in doubt. The Russian owner is now selling the club due to his ties to the ongoing crisis in Ukraine.

According to stats collected by OptaJoe, Hazard was creating 3.4 chances per 90 minutes in La Liga this season. It’s the highest percentage for any player in Europe’s top five leagues for the first 500+ minutes played.

Everybody will be cheering for Hazard’s speedy recovery. The “Belgian Messi” deserves a few more seasons for everything he’s endured at Real Madrid. His contract at the Santiago Bernabéu expires in 2024.