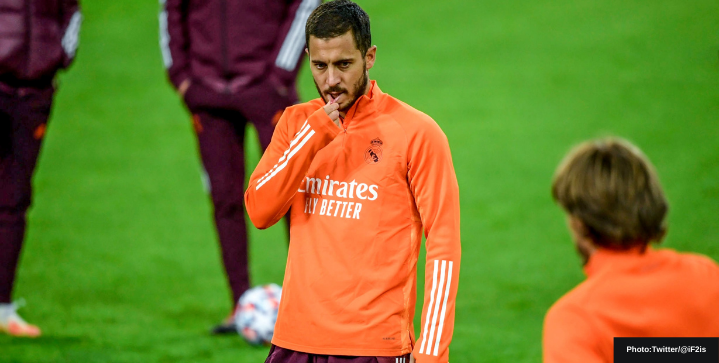 Eden Hazard wants to return back to Chelsea, according to reports.

The Belgian international joined Real Madrid for $114m in 2019. But after a repeated string of injuries that limited him to just 43 appearances over two years, both club and player are ready to break up.

Real Madrid are ready to make the former Chelsea star available for a £43m transfer, a steep 50% discount from Hazard’s peak value just two years ago.

The so-called “Belgian Messi” turned out to be a flop at Real Madrid but could find himself make a remarkable return to Stamford Bridge.

Hazard was the most talented wingers in Premier History for the Blues, where he netted 110 goals and bagged 92 assists in 352 games across all competitions. He rarely got injured, missing 21 games over 7 seasons while he suffered 11 injuries at Madrid, causing him to miss more than 60 matches over two seasons.

Should the 30-year-old injury-free, we could see a return to the Hazard as we know him, even more remarkable should it be back in West London. But his presence could also thwart the big futures of both Christian Pulisic, considered Hazard’s successor, and Callum Hudson-Odoi.

Tell us Chelsea fans, would you end Eden Hazard’s nightmare at Madrid and take him back at the Bridge?