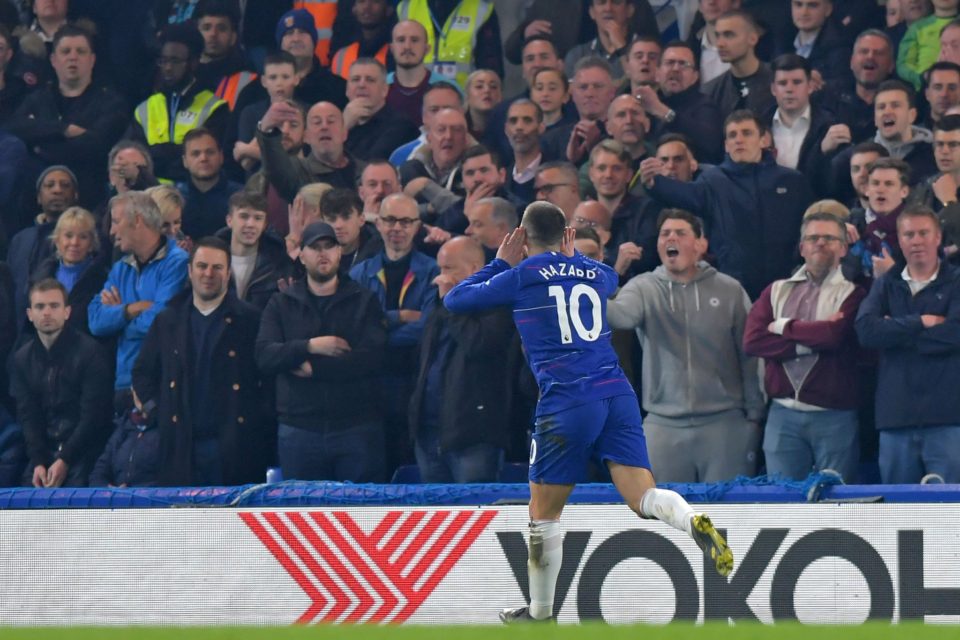 The Blues forward scored what is arguably the goal of the Premier League season when he slithered through six opponents to net a stunning solo goal. Hazard now has 16 goals and 12 assists on the season — the only Premier League player to accumulate double figures in goals and assists.

Some @hazardeden10 wizardry at Stamford Bridge! ????

His brace also marked another important milestone for the 28-year old winger. He surpassed the legendary Red Devil Ronaldo with a total of 85 Premier League goals, granted the Portuguese star played one less season in the Premiership than Hazard.

After yesterday’s stellar performance, talk around Hazard’s transfer to Real Madrid bubbled up again with some reports saying the deal could be done before the summer.

Could the Belgian magician then match Ronaldo’s 311 La Liga goals? That could be one Herculean task.