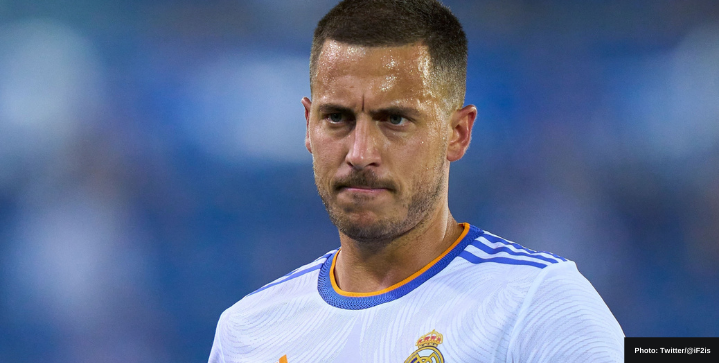 Roman Abramovich is keen to bring Eden Hazard back to Chelsea next summer, according to El Nacional.

The Belgian winger has struggled for games since his £103 million move to Real Madrid in 2019 due to multiple injuries.

But Abramovich remains optimistic that he can still get the best out of the 30-year-old should Hazard return to Stamford Bridge.

The pacy dribbler, once donned the “Belgian Messi,” played his best football for the Blues. He bagged 110 goals and provided 92 assists in 352 matches with Chelsea. The former 2014/15 PFA Player of the Year also led Chelsea to two Premier League and Europa League titles.

There are currently no official talks between the two clubs about the player. But the deal could work best for all parties considering Los Blancos boss Carlo Ancelotti favors emerging talents Rodrigo and Vinicius Jr on the wing.

Of course, Chelsea are no short of wingers either with Christian Pulisic currently occupying Hazard’s number 10 shirt.

Tuchel is a known admirer of Hazard, saying before last year’s semi-final clash with Real Madrid that “he is a top-quality player and a key player for many years at this club and this league, the hardest in the world.”

So consistent. I have the biggest respect for him. He is a big player, we have many people here who know him well.”

Will Chelsea fans welcome Eden Hazard back to the Bridge? #ChelseaFC