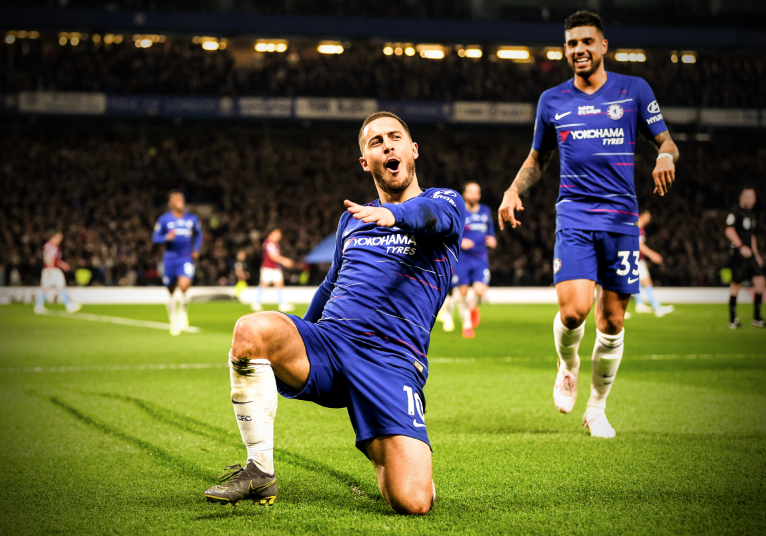 Eden Hazard to Real Madrid? Donny van de Beek to Barcelona? Here are some of the most expensive moves expected to happen this summer.

It appears that the star striker Eden Hazard has played his last game at Stamford Bridge after submitting an official transfer request a couple of weeks ago. According to L’Equipe, the “Belgian Messi” is due to leave for Real Madrid for a transfer fee of £100 million after the Europa League final.

Hazard has enjoyed one of his best seasons since joining the Blues in 2012. He’s the only Premier League player to accumulate double figures in goals and assists (16 goals, 15 assists). He’s notched 19 goals across all competitions, matching his 2014-2015 tally.

For the past seven seasons, Hazard has recorded 108 goals in 315 appearances for the Blues. Chelsea fans are going to miss that level of productivity while Zidane will be looking to spark a lackluster Real Madrid side.

As speculated back in March and made official today, Antoine Griezmann will be leaving Atletico Madrid this summer for the likeliest destination: Barcelona. Given the Catalans premature departure from the Champions League, Barcelona will be looking to add some sure firepower to its arsenal — they already signed Ajax starlet Frenkie De Jong back in January.

It was just this time around last summer that the Frenchman rejected Nou Camp and signed a five-year contract with Atleti. Oh, how things can change in a year. What fresh haircuts will Griezmann bring with him to Camp Nou?

. @AntoGriezmann: "These five years have been incredible. Thank you very much for everything, I carry you in my heart." pic.twitter.com/uz1jwQj1Sg

The deal would make Sancho the same asking price as Kylian Mbappe, also one of the most expensive transfers in history.

The Brazilian attacking midfielder Philippe Coutinho has seen his stock dip at Barcelona ever since he arrived at Nou Camp in January 2018 for £105 million. However, the departure of Hazard from Chelsea may compel the Blues to make an offer for Coutinho’s services. Manchester United are also reportedly keen on the frontman.

After bowing out of the Champions League semifinals to a resurging Liverpool, Barcelona will be looking to shore up its defensive vulnerabilities. And Matthijs de Ligt is the ideal candidate to replace 32-year-old Gerard Pique. A £64M transfer fee could see De Ligt pairing up with fellow Dutch teammates and former Ajax starlet Frenkie De Jong.

The 22-year-old Dutchman is enjoying a standout season with Ajax, culminating in the game-winning goal against Tottenham in the first leg of Champions League semifinals. While Ajax lost the tie, van de Beek and team have snagged a Dutch Cup with the promise of a league title all but guaranteed.